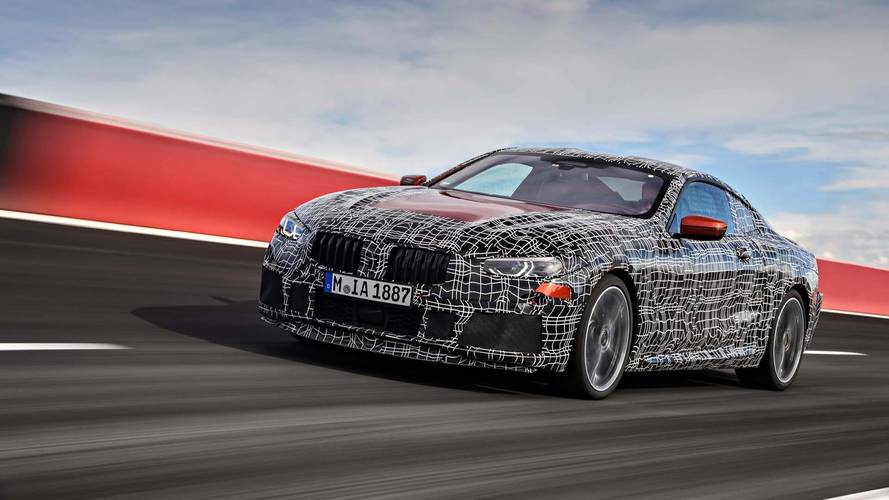 The coupe will return later this year.

It's been away for nearly 20 years, but now the BMW 8 Series is returning, and the flagship coupe has been getting some track time under its belt ahead of its debut later this year. A virtually production-ready 8 Series is currently being put through its paces at a high-speed proving ground in Aprilia in Italy as BMW applies the final touches to the luxury coupe with high-speed manoeuvres.

'The test drives under the most severe conditions show that we are right on target with our concept for the new BMW 8 Series Coupe. The vehicle dynamics values already achieved are absolutely impressive. Our customers and fans can look forward to a genuine sports car,' said Klaus Fröhlich, head of research at BMW, who is overseeing the test programme in Italy.

The new BMW 8 Series was developed directly alongside its new racing counterpart – the M8 GTE – which is all set to make its competition debut in the Rolex 24 Hour race at Daytona this weekend. It will also race in the 24 Hours of Le Mans along with full FIA World Endurance Championship and the IMSA WeatherTech SportsCar Championship campaigns.

BMW says that lessons learned on track in both series will directly benefit the development of the road car. It's not for nothing that both the road car and the race car spent time being honed on the Nürburgring's Nordschleife circuit too.

Because the car is still in its development phase, final performance figures aren't quite available yet, but when we have them, we'll be sure to share them. Meanwhile, take a look at these official 'spy photos' from BMW showing the 8 Series in action.