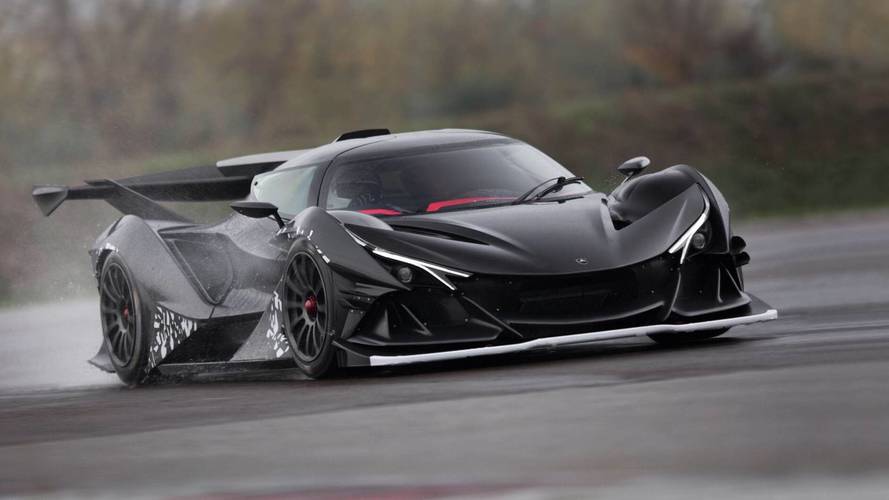 The sound of that gear change is like being punched in the face.

Obviously we don’t like to play favourites when it comes to handbuilt German hypercars with Italian-sounding names, but we’re very excited about the new Apollo Intensa Emozione. Just 10 of the magnificent £2m, 207mph beast will be produced, creating a new and exclusive club on the automotive scene.

Alex Goy recently went over to Italy to check out the IE, getting all of the latest information from engineers at the German-based manufacturer on what promises to be an epic drive – but he didn’t get to see the car on the move.

We’ve seen some track testing pictures, we’ve had the briefest of glimpses at the Apollo IE being tested on the streets of Hong Kong, and now it turns out that the car is still there, pounding the roads of the principality to ensure that no one sleeps at night thanks to its 780bhp naturally aspirated V12 engine that harks back to the glory days of screaming F1 engines.

In the video, we see the Intensa Emozione threading its way briefly through some city streets and looking very low to the ground compared with other traffic, before heading out to a dual-carriageway where we get to hear some intensely emotional engine noise coming out of the centrally mounted exhaust, as well as some whipcrack gear changes.

As well as its 780bhp, the IE produces 560lb ft of torque and will get itself to 62mph from rest in just 2.7 seconds and on to its 207mph top speed. Thanks to extensive use of carbonfibre in the body and chassis, the car weighs in at an impressive 1,250kg.

The run might be limited to 10 cars, and cost a fair whack of cash, but splurging on an Intensa Emozione allows you to take part in Apollo’s Time Attack series, get bespoke changes made to your car and first access to future products from the company – it’s currently working on an all-electric sports car, due out next year.

Check out the video of the IE below.