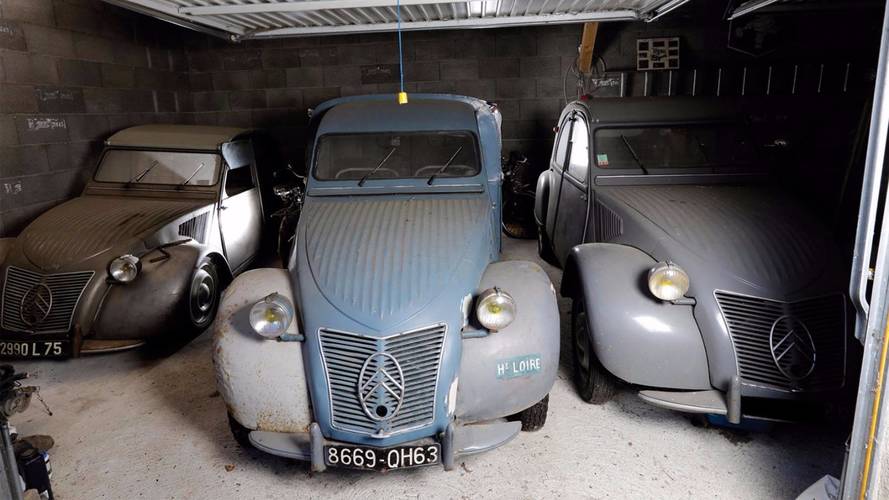 The budget Citroen has come a long way since its days ferrying produce to the market.

Prices for the much-loved 2CV have only been climbing for the last few years, with some notable sought-after examples. The market for the cute French car hit a high this last Saturday when a 1949 Type A model fetched more than five times its estimate at the Osenat auction house in Fontainebleau, south of Paris.

It was expected fetch between £10-13,000, but ended up with a war between two bidders that saw the price spike to just over £61,000. It was a Dutch museum that finally won the bid, setting a record for a standard model 2CV in the process.

You will probably have guessed that this is one of the very first examples of the Citroen 2CV – it was on 7 October 1948 at the Paris motor show that Citroen presented the Type A 2CV for the first time, but production didn't begin until 1949.

The vehicle shown here was one of 876 2CVs that rolled off the production lines in the first year, and it can be pinned down as the 458th model out of those nearly-900 2CVs. Easy to understand how one of the first 500 2CVs produced out of more than five million that would be built until 1990 would turn the heads of collectors.

The funny thing is that in 1949 the price of the Type A 2CV was already going up – in the aftermath of World War II production was already stunted because of a shortage of steel. The waiting list to get one stretched to between three and five years, creating a lucrative second-hand market where 2CVs were selling for higher prices used than new.

The specimen sent to auction bears the chassis number #000458 and is to be restarted, although described by Osénat as in good general condition.

Osenat also auctioned off another three 2CVs during its auction, all from the same collection. Fans of the 2CV can rest assured that the lofty prices associated with this 2CV are not universal – only a few rare very specific specimens reach such heights. A 1966 Citroen 2CV van model estimated at between £2,5-3,500 needing restoration found a buyer for nearly £6,000. Another 1951 2CV Type A with chassis number #19018 sold for £15,000, slightly above its high estimate of £13,000.

Last but not least, a fourth 2CV found a buyer for £18,000. What is special about this 1950 Type A 2CV is that it allowed engineer Jean Federspiel to develop the first active suspension system, the so-called 'Federspiel Servo-brake'. This car was also bought by the Dutch museum that paid the record price.