Our most anticipated cars of 2018 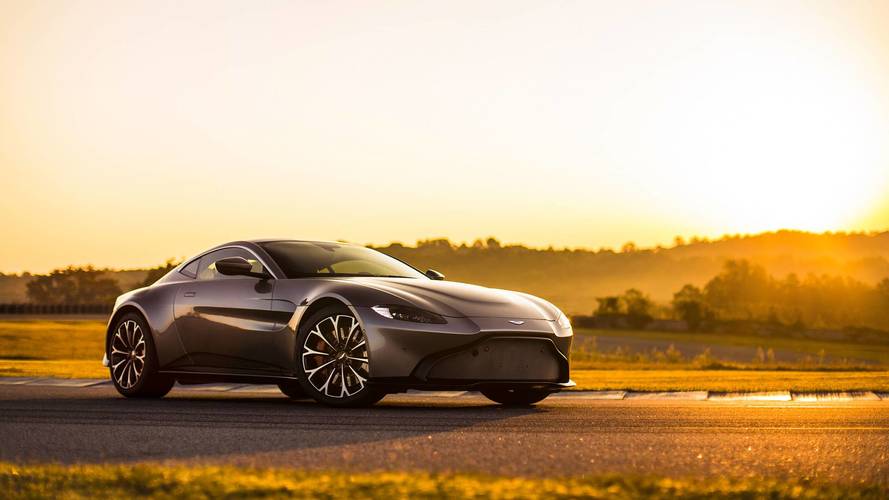 The cars we can't wait to get our hands on.

Last year was a fine vintage for cars with some exciting new metal including the Alpine A110 and the Porsche 911 GT2 RS. Could 2018 prove even more exciting? Here are our most anticipated cars for this year.

Britain is a nation of hot hatch lovers and the fact the Volkswagen Up! GTI, Ford Fiesta ST, Seat Leon Cupra R and Renaultsport Megane are all arriving in the first quarter of 2018 is tacit proof. However, some of my all-time favourite drives have been delivered from behind a Renaultsport branded wheel, so I’m massively excited about the potential of a new RS Trophy with 296bhp, proper aero and four-wheel steering. And all for around £30k.

The last generation Vantage still felt pretty fresh long in to its life, a rare thing for a sports car but a testament to Aston's dynamics team. The new Vantage, however, is set to make it look like a relic. Gone is the naturally aspirated V8, replaced with an AMG-sourced 4.0-litre twin turbocharged V8, which means not only will it be powerful but torquey as well. It looks pretty mean, especially in neon yellow. The DB11 is a stellar drive, especially with a V8 under the hood, so I've no doubt that that the Vantage will be hilarious fun - especially as Matt Becker, the man you used to make Lotus' motors handle so well, was the guy who signed it off.

The reason that my most anticipated car of 2018 is the Fiesta ST, is the previous Fiesta ST. Because it was - still is, in fact - one of my favourite cars of all time. It was more fun than cars twice, thrice, even four times its price. It was epic. It was truly the spiritual successor to the Peugeot 205 GTi; the legend of which is still echoing down the corridors of the enthusiast's hall of fame loud and clear. The just-departed Fiesta ST was as much of a milestone, and just as good, in my opinion (and I owned a Peugeot 205 GTi as my daily driver for years). I still get out of sports cars and supercars and rate it based on whether I'd rather have said expensive exotica, or a fleet of previous-gen Ford Fiesta STs to rag about in forever more. Which means that the new one has a lot to live up to, and I can't wait to find out if it manages it.

We know very little about Toyota’s up and coming flagship model, in fact its name hasn’t even been confirmed, but we do know that it has potential. Part of a joint venture between BMW and Toyota, this sports car has been influenced by the Gazoo Racing team that also had a hand in the latest Yaris hot hatch.

The secrecy of the new Supra is partly what makes it so anticipated. Speculation suggests that Toyota might employ some of its Le Mans hybrid know-how to push this car into Porsche 911 territory.

We’d expect to see the car by the end of 2018, or at least a close to production concept.

We’ve already driven it, but the Nissan Leaf is my most anticipated car for 2018 – it represents the normalisation of the electric car, doing away with dumpy futurism in favour of a standard stylish hatchback look that’s still obviously influenced by aerodynamics but doesn’t make a virtue of standing out.

The dull fast cars my colleagues pick will come and go, but the Leaf represents a massive change in the way we do business with our cars – as the first viable mass-market electric vehicle it could be the most important car of the next 5/10 years.

In a year thats giving us stuff like the new 8-Series (hopefully just like the concept, pretty please BMW) and Ferrari Portofino, the car I'm most looking forward to is the new Suzuki Swift Sport.

Why? Well, because its about the cheapest fast thing real money can buy. It’ll blend the perfect mix of size, weight and power that you can use at 10/10ths without killing yourself or losing your licence.

The previous gen was a bit of a cult-hero and if it wasn't for the future-classic mk6 Fiesta ST being so good, it would've definitely been the hot-hatch to opt for. The new Swift Sport is wider, lower and lighter all adding to agility, and hopefully a refreshingly pure driving experience. Baby Megane R.S Cup anyone?

Gallery: Our most anticipated cars of 2018