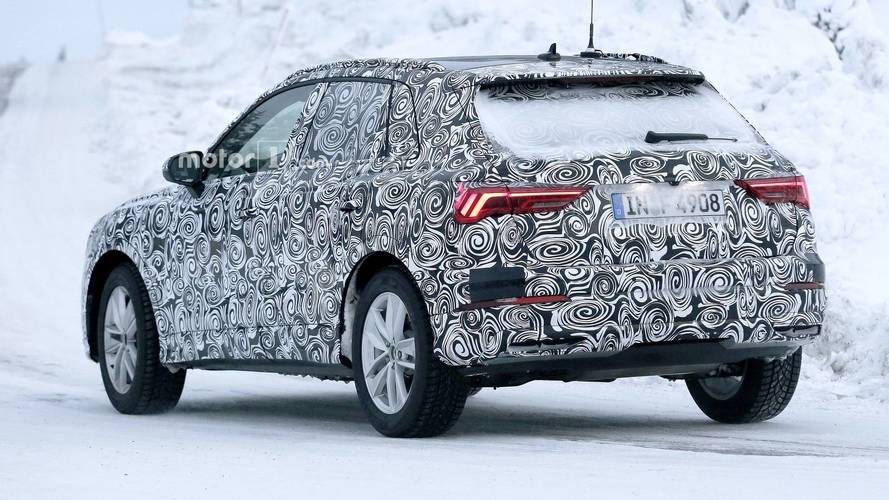 But don't expect a groundbreaking design...

Audi's Q3 SUV has been on sale since 2011, with a brief pause for a facelift in 2015 – it's no spring chicken. Certainly no surprise then that Audi is readying a brand new version of the car that looks set to be officially unveiled later in 2018. In the meantime, we've got these spy shots where the new small car has been spotted out testing in the snow.

Despite the extensive camouflage coverage on the machine it's easy to tell that we're looking at an evolutionary design rather than anything drastically different. Of course, now that Audi has the Q2 acting as its entry-level SUV offering, there’s a good chance the new Q3 will grow a little bit in size and that should obviously pay dividends inside the cabin where we’re expecting more legroom as a result of stretching the wheelbase. In addition, boot capacity should enjoy a pleasant increase to make the Q3 a better bet for longer journeys.

Another product of the growing family of cars built on VW Group's shared MQB platform, the Q3 was spotted by our spy photographers undergoing testing and appeared to have all of its production body panels in place. It looks like a fancier version of the car, judging by its full LED headlights and rear lights – both of them look much sharper and more stylish than the one the previous-generation car.

While we can’t see the interior in these shots, the Audi Virtual Cockpit is surely going to be offered and there’s a good chance it will be fitted as standard across the range. From what we are able to see, it looks like the infotainment system no longer sticks out of the dashboard – good news if you're not a fan of tablet-style screens.

Audi is assembling the current Q3 at its factory in Győr, Hungary, but things will change with the latest version of the car as Seat has been given the job of assembling the new SUV at its plant in Martorell near Barcelona. The Q3 isn't the only high-riding car that Audi is going to be revealing this year – we're also expecting to see the new Q8 and all-electric E-Tron SUVs.