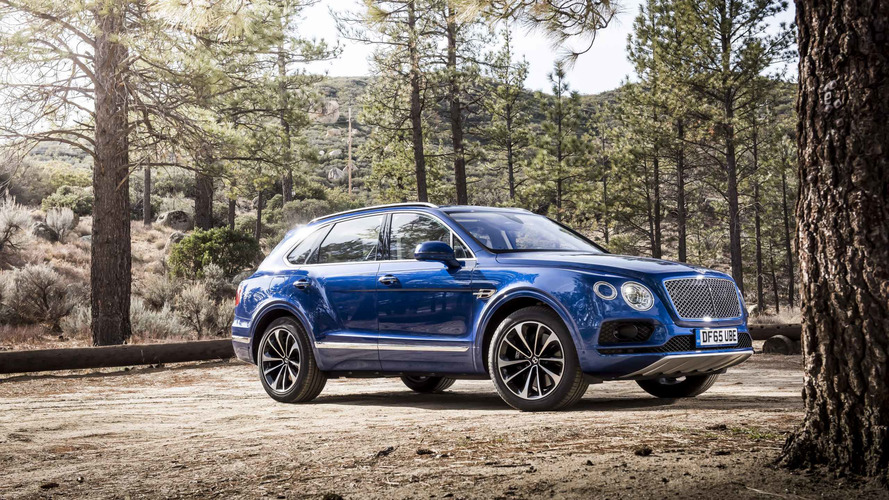 This Luxury SUV aims to set a record on the mountain

The SUV revolution has engulfed just about every segment ranging from compact all the way up to high performance models. Love ‘em or hate ‘em, they are here and now being embraced by manufactures who said they’d never build one — we’re looking at you Ferrari. Bentley aim to prove the sporting credentials of its Bentayga SUV by setting a record at the Pikes Peak hill climb.

A totally standard W12 Bentley Bentayga will take on the mountain in a bid to set a record for fastest production SUV to complete the climb. The only modifications will be in regards to safety with the addition of a roll cage and regulation fire equipment.

The previous record was set in 2013 by a Range Rover Sport that clocked an impressive 12 minutes 35 second run over the 12.42 mile course. Bentley are hoping that four more cylinders and a mystery driver will be enough to take the title.

The Bentley Bentayga W12 features a 6.0-litre engine that produces 600bhp and 664lb-ft of torque. Despite weighing nearly 2.5 tonnes, this luxury SUV sprints from 0-62mph in 4 seconds flat and will go on to a top speed of 187mph. This cars advanced air suspension and all-wheel drive should put in in good stead to break the longstanding record.

Pikes Peak’s 156 corners are plenty challenging, but the toughest element of this climb for any car  is altitude. As cars approach the top at over 14,000 feet there’s 42% less oxygen in the air, meaning that less power is produced by a combustion engine.

Bentley will reveal its star driver and the competing car closer to the event that takes place on 24th June. Will Bentley spark a performance SUV battle that might see the Lamborghini Urus have a crack of the whip? We hope so.