The semi-autonomous saloon previews the future.

Infiniti has shown off its news Q Inspiration Concept, a car that will preview the next generation of offerings from the premium Japanese brand. The concept was revealed at the Detroit Auto Show, in the company's biggest market.

The car features an innovative new drivetrain powered by 'the world’s first production ready variable compression ration engine', which combines turbocharged petrol power with the torque and efficiency of a hybrid or diesel engine. Infiniti says that the new engine, coupled with what they're calling a 'human-centric' interior, could 'enrich the experience for drivers of premium saloons.' Right. 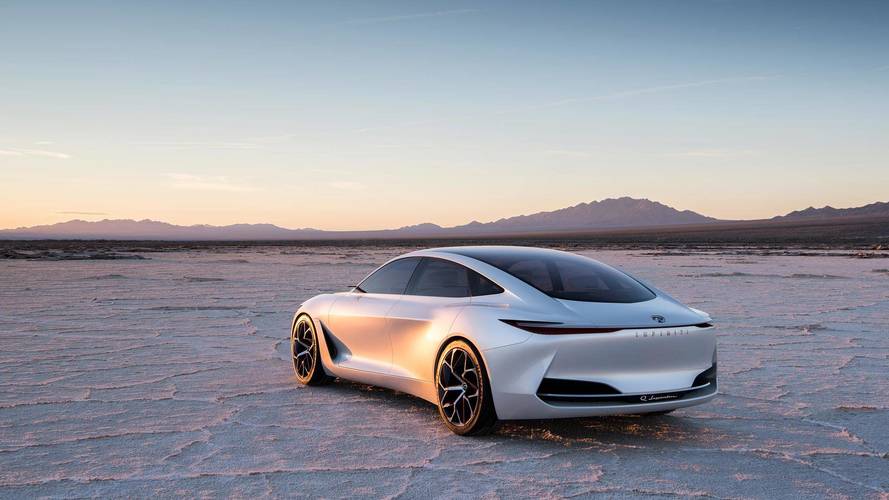 'As a new wave of technologies begin to take shape, our Detroit concept car heralds a new generation of Infiniti,' said Alfonso Albaisa, head of design at the car maker. 'A seamless and stunning new design philosophy demonstrating Infiniti artistry in the new age of autonomy and breakthrough drivetrains. In Detroit, shown alongside Prototype 9, Infiniti aims to showcase a new elegance, one that strikes harmony and simplicity in a complex world.'

While the extended, coupe-like exterior of the car appears more like a land-yacht, the interior is a more refined and intimate affair, enveloping the passengers and drivers. Infiniti is showing this off as a 'drivers' car', but it also shows the company's latest round of autonomous technologies. The new ProPilot function acts as very much a co-pilot, relieving the driver during the more mundane element of journeys and giving control of more stressful tasks to the car itself. The car also makes use of a more advanced hazard response system.

'The premium saloon segment has become rather conservative,' said Christian Meunier, Infiniti Global Division vice president. 'The Infiniti Q Inspiration previews something that could appeal to a younger audience, who seek modern design and new technologies to inspire and empower them.'