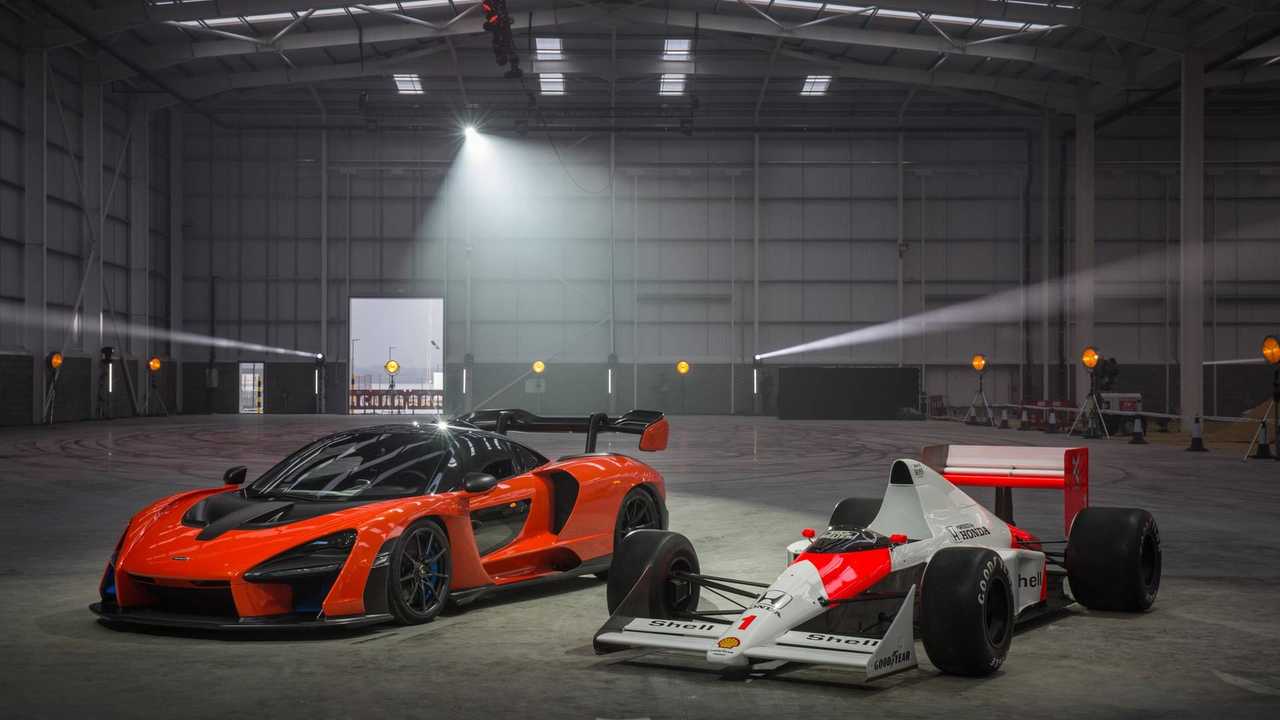 The walls are up and the roof is on McLaren’s new Carbon Composites Technology Centre in Sheffield. After McLaren Automotive chief executive Mike Flewitt flipped the switch bringing the huge McLaren logo to life, the brand’s latest creation gave the building its seal of approval.

Signing the new floor via 789bhp and some burnt Pirelli rubber, the McLaren Senna made its dynamic debut with a light show and a dozen fresh donuts. The car used in the demonstration wore a vivid shade of orange and looked just as menacing in the metal as it did in the official pictures. After elegantly pirouetting for the cameras, the Senna came to rest next to a Monaco-race-winning McLaren MP4-5 that was driven to victory by the man himself.

Only 500 McLaren Sennas will be built – each carrying a sticker price of £750,000. All have been sold off, with the last car being auctioned off for three times its list price. All of the proceeds of that sale will be donated to the Senna Foundation, which helps underprivileged children.

Around 200 people will work at the McLaren Carbon Composites Technology Centre when it’s fully operational in 2019. Carbonfibre tubs for the company's road cars will be built and developed at the MCTC and then delivered to the McLaren Production Centre in Surrey.

Mike Flewitt said: '[The new centre] marks the continued development of the current 2,100-strong company, and will bring new jobs to the Sheffield region which has a proud association with advanced materials; first with steel and now a future to look forward to with carbonfibre innovation and production for McLaren.'

McLaren started to use carbonfibre in Formula 1 in 1981when it introduced an innovative new chassis made out of the lightweight-but-strong material – every McLaren, road or race, has used it since. The lightweight material will be even more important over the coming years as McLaren aims to hybridise at least half of its range by 2022. Heavier battery components will also need to be offset by lighter construction.