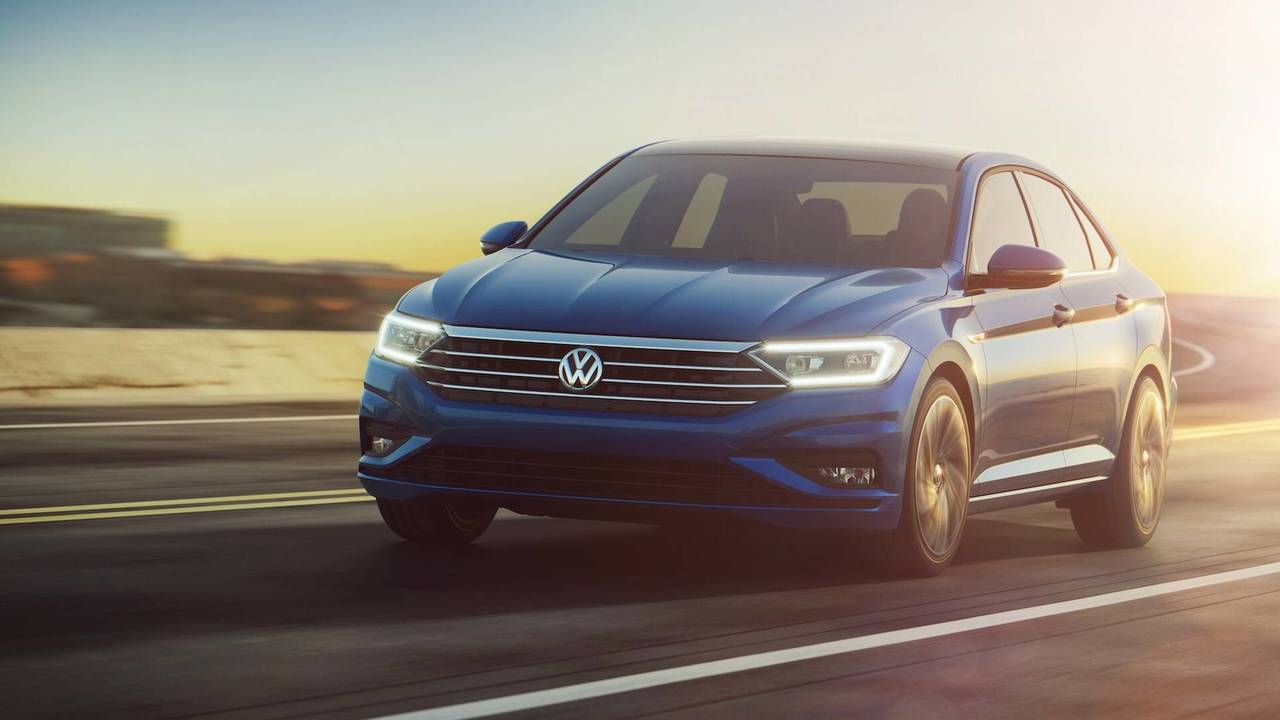 The Golf-based Jetta is no more – here at least.

The latest version of Volkswagen's Golf-based saloon – the Jetta – will not be sold in Europe markets, the company has said. The car has been a sales success in the US and China, but hasn't done as well as the company's hatchback offerings in Europe, where it is among VW's worst sellers.

The newest Jetta has just been launched at the Detroit motor show, but in a statement released on Monday, Volkswagen said 'There are no plans for a European version' of the new Jetta, meaning that the larger Passat and range-topping Arteon will make up all of VW's 'three-box' offerings on these shores.

In Europe, Jetta sales fell by a quarter in 2017, with just over 5,000 of them being sold all year. Sales slipped in the US too, but only by 4.4 percent, while in China – where it is named the Sagitar – it was more of a success

While the new Jetta is larger than its predecessor, it remains based on the underpinnings of the Golf, using the manufacturer's global MQB platform. It'll also continue to be powered by a 150bhp 1.4-litre turbocharged engine. An eight-speed automatic or six-speed manual transmission will be available, and both will come with stop-start as standard. The range-topping SEL and SEL Premium trim levels will come with VW's Digital Cockpit display. An R Line variant will also follow later in the car's life.

The new model will be built in Mexico, where it will go on sale at some point in the first quarter of 2018. US sales will commence in the second quarter of the year. The new car will be priced around £100 cheaper than the outgoing, not that it matters to us anyway. The US had got used to not getting certain European cars, but now it looks as if the boot is on the other foot.