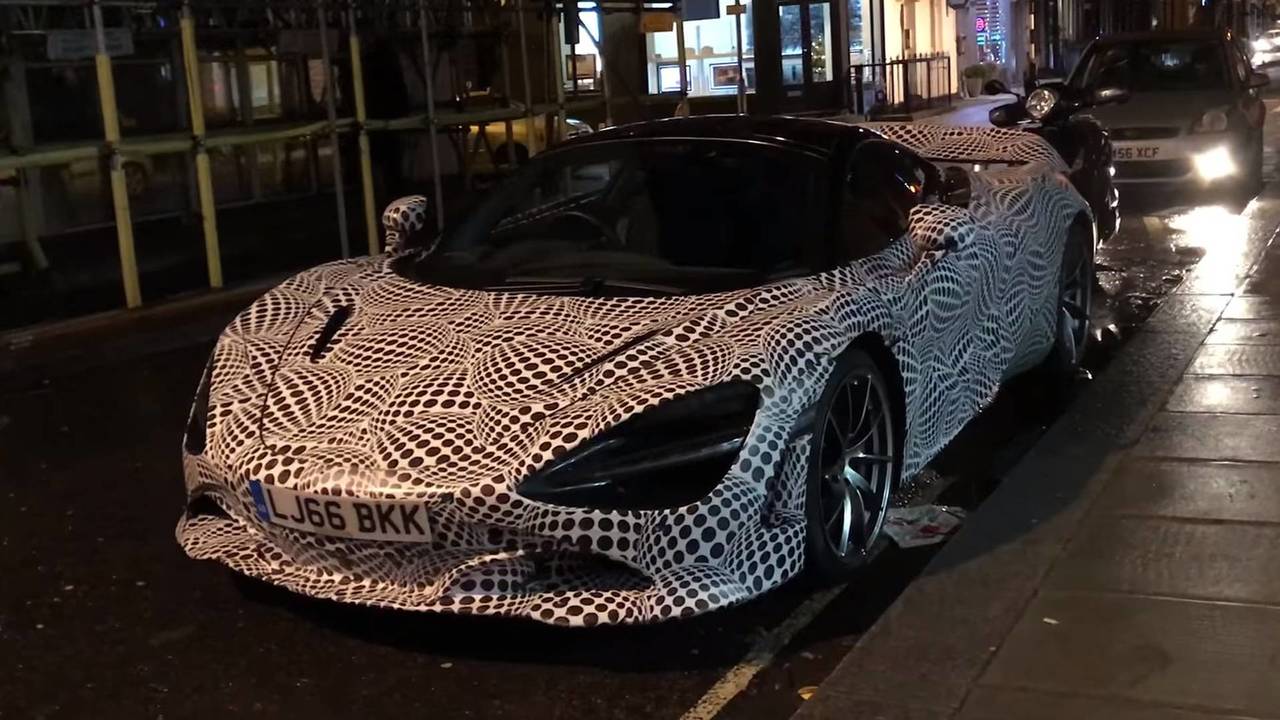 The company is testing out the 'sitting by the pavement' function on the new hypercar.

An intrepid member of the automotive paparazzi has spotted McLaren's BP23 test mule parked on a side street in London. There's some debate about the actual nature of this test car, but the number plate on the disguised mule – which uses the body of the 720S to disguise its exotic internals – is one letter away from the BP23 development car that McLaren has already released official photographs of.

The BP23 code name for the new hypercar stands for Bespoke Project 2 with 3 seats and McLaren says that the new machine will be the fastest production car that it has ever created – and when it's McLaren saying that, you know it's going to be epic. Essentially a successor for the P1, it will be based on the 720S and will use a carbonfibre chassis, just like all of its brothers and sisters.

As a nod to the original McLaren F1, which celebrated its 25th birthday last year, the BP23 will feature a 1+2 seating arrangement and will be highly restricted to only 106 units, and all of them already sold to keen customers.

The ultra-exclusive car will be finished off for customers by McLaren's bespoke division, MSO – allowing buyers to select the interior, colours and options that will suit them best. McLaren has previously described the car as 'designed for long journeys but with the high levels of performance and driver engagement expected of any McLaren.'

The official name of the new BP23 – the Senna was codenamed P15 until it was launched – will be revealed later on, but we do know that the car will use a development of McLaren's 4-litre twin-turbo V8 engine with some electrification for extra oomph. Expect power to be in the region of 900bhp.