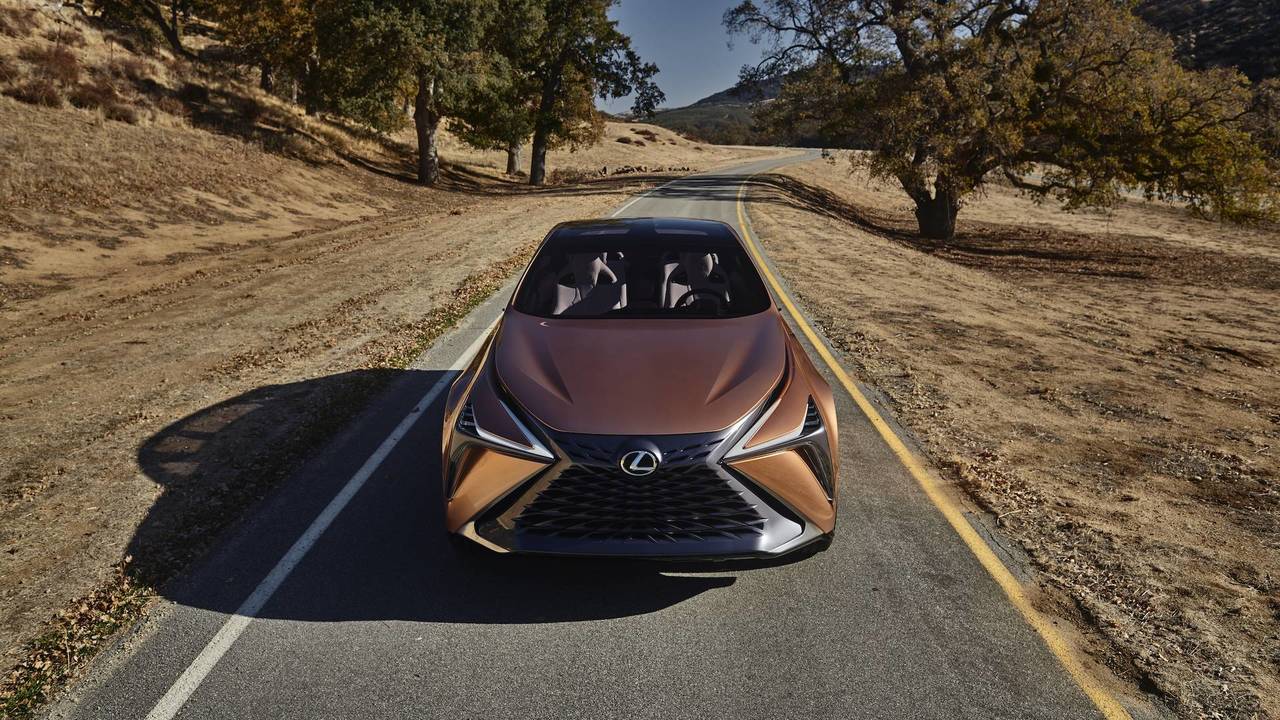 On the recent LS launch we learned that Lexus wants to make itself more distinctive in a German dominated luxury market. The new LF-1 Limitless concept car points to a new flagship that will influence the rest of the range.

Revealed at the Detroit motor show, the LF-1 Limitless concept is a halfway house between a saloon and a proper SUV. “This is our vision for a new kind of flagship vehicle that embraces crossover capability without giving up the performance and luxury delivered by today’s top saloons” said Kevin Hunter, President of the California design and research facility. It features chunky proportions whilst possessing a low-slung stance. Clean creases run from nose to tail making the car look like a folded piece of origami. Other details include a single light bar at the rear, spindle grille and a glowing Lexus badge.

This interior is just as dramatic with swooping surfaces and an high centre console. The unique space also houses a navigation system with haptic feedback that vibrates when touched. A large configurable digital drivers display sits behind a sculpted steering wheel that contains further haptic buttons. Rear passengers are treated to a pair of captain’s chairs and a full length panoramic roof that lets in plenty of natural light.

The concept is designed to take multiple drivetrains ranging from conventional combustion units to battery electric and everything in-between. This reinforces Lexus’ pledge to have its entire range offered with some form of electrification by 2025.

LF-1 will one day go toe-to-toe with the up and coming Audi Q8 SUV coupe that has been spotted testing. Can Lexus establish its own flavour of luxury and step out of the German’s shadow? Only time will tell, but this design is certainly more original than its perceived rivals.