Bentley adds a V8 to the Bentayga range 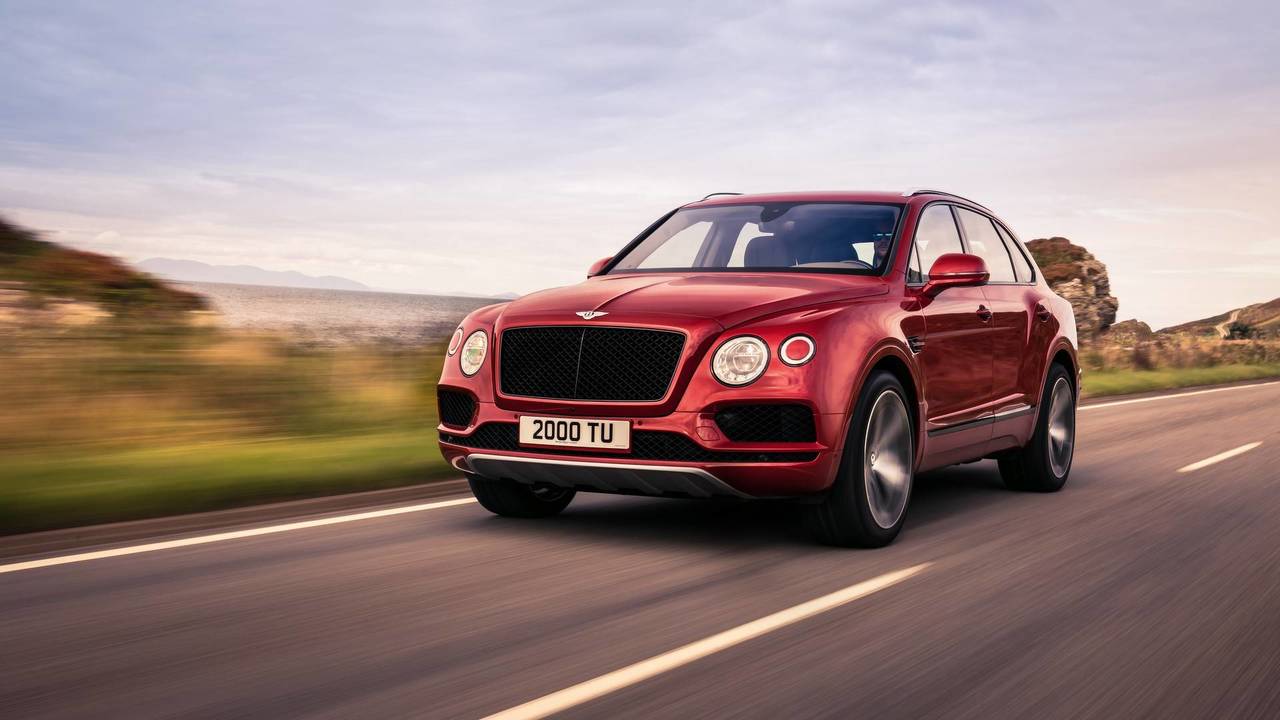 The ultimate Cheshire tractor just got a bit more accessible.

A 4-litre V8 engine wouldn't ordinarily be considered an entry-level effort, but the Bentley Bentayga doesn't do anything by halves – it's considered a bit of a polarising car in some circles. Many don't like the way it looks, but there's no denying that overall it is a solid effort from the Crewe-based car maker.

With diesel on the decline, though, the giant SUV needs a new engine to slot in between the £135k black pump model and the £30k more expensive W12 range-topper. Thankfully Bentley has just announced that it's going to be selling the luxury SUV with a V8 engine. We all remember when Bentley put a V8 into the Continental GT, making an already decent car fantastic, so no doubt it'll be the same case here.

The 4-litre twin-turbo V8 engine puts out 542bhp and 568lb ft of torque, propelling the luxury tank from 0-62mph in 4.5 seconds and on to a top speed of 180mph. For more frugal driving, however, half of the engine's cylinders can be deactivated in just 20 milliseconds. That helps what would otherwise be a less-than-economical car achieve 464 miles on a tank of fuel via 24.8mpg.

Of course, if you're willing to pay the silly money Bentley will no doubt be charging for the V8 version of the Bentayga, we doubt you'll care about economy figures. Bentley hasn't actually said how much the V8 model will cost, but given the W12 variant starts at £162,700 (and you can bet your house that pretty much every customer has spent a lot more than that on theirs), it's not going to be cheap.

It's not just the engine that will give the car a more sporty feel however. The Bentayga V8 will be available with Bentley Dynamic Ride – an electric active roll control technology that constantly adjusts to ensure maximum tyre contact with the road to improve ride quality and handling.

There are more new options on the inside too. Carbonfibre trim will be making its debut on the V8, as will a wood and hide-trimmed steering wheel, and even cricket ball leather – yes, really. A new alloy wheel design – a 22-inch five-spoke with a black painted and polished finish – joins 10 already-available options as well.