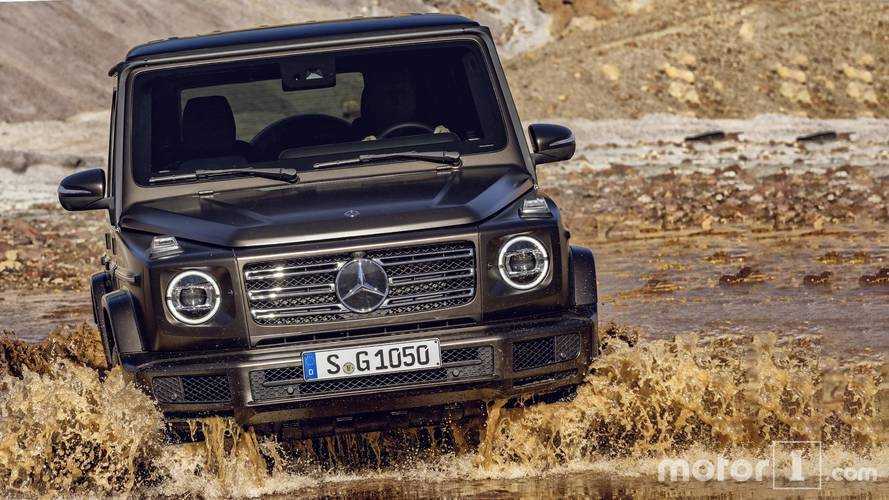 It took Mercedes over 30 years to give the G-Class a complete replacement. See how the generations compare.

After a long teaser campaign and gigabytes of spy photos, Mercedes-Benz's new G-Class off-roader is finally here. The German manufacturer has done something very difficult with the latest generation of the iconic car – it has kept the design elements that have long defined the classic G-Wagen, but at the same time it has overhauled the car to create something thoroughly modern.

Here's how the last two generations of the Mercedes G-Class compare.

Take a quick glance, and you might not even notice a difference between the previous G-Class (left) and the new one (right). They share the same major styling traits, including circular headlights, wing-mounted indicators, a wide grille, broad bonnet and muscular wheel arches.

The little details make all the difference, though – the intakes in the lower part of the front bumper are now shorter but wider, visually emphasising the 4x4's width rather than its height. In addition, integrating the LED day-running light into the main part of the headlight has made the car's face look much cleaner. New windscreen wipers sit lower, providing a clearer look out of the cabin.

The image below offers a different perspective by splitting the two models horizontally with the new G-Class on top and the old one on the bottom. It's the same classic design, but with subtle changes.

This perspective follows the new G-Class's general design theme of being the same but different. There are no drastic changes, but the little tweaks add up to a more attractive vehicle. The revised lights and bumpers have a slight wraparound, tapered effect that sees them integrated much better into the wings (right), rather than having a bluff, square separation and getting a sharp corner (left).

Curvier wing mirrors now attach to the doors at the base of the windows on the latest G-Class, rather than on the quite skinny A-pillars.

Moving to the side, some of the changes are more evident. The new G-Class (right) is much rounder than the old one (left). Rather than the hard edges at the corners of the doors, Mercedes now uses curves there. The result is a more cohesive and upmarket appearance that mirrors the outline of the windows.

Where the G-Class's exterior opts for subtle refinement, the cabin could hardly be more different. The only major similarity is the grab handle on the passenger side. Rather than an infotainment screen floating on top of the central part of the dashboard (right), Mercedes now offers its dual 12.3-inch displays that integrate cleanly into the dash. There are also round air vents that echo the shape of the front headlights, and a delightful metallic finish across much of the centre stack. In addition to the improved design, there's more room for occupants, too.