New Audi A1 spotted testing in a winter wonderland 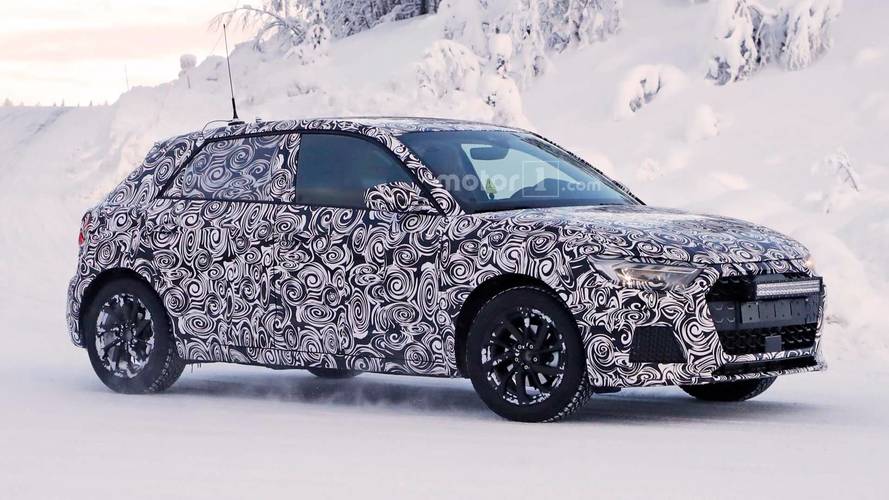 We should be getting close to full disclosure on this small hatchback from Ingolstadt.

It’s been nearly a year to the day since we first caught the 2018 Audi A1 testing in public, and to be honest, the current batch of photos aren’t much different from those original shots. A brace of A1s can be seen against a very bright white snowy backdrop, wearing aggressive snow tyres and LED light bars for what we suspect is some all-terrain testing in very cold conditions.

Back 12 months ago we didn’t have a significant amount of information to go on, save for what we could see and some rumours about the new hatchback's engine lineup. Obviously nothing has been confirmed, but now we're almost positive it will utilise a modified version of the MQB platform shared with the Volkswagen Polo, albeit stretched just a bit to offer more space for passengers. Inside, it will get Audi’s latest technology including the optional 12.3-inch digital instrument panel.

As for power, we’re still expecting a range of engines using three and four cylinders as well as a hybrid offering entering the mix further down the road.

Specifically, a 1-litre turbocharged three-cylinder and a 1.5-litre four cylinder engine will likely be the motors available at launch. In the high-performance realm, we do expect to see an S1 variant showing up sometime after the A1’s debut, with power possibly coming from the Polo GTI’s 197bhp 2-litre turbocharged four-cylinder.

That would make for a fairly lively hot hatch, but not nearly as interesting as a proper RS model. Sadly, we don’t expect Audi to give such super treatment to its smallest model, nor will it be available in three-door trim. Sales figures show people generally want five doors in this segment, so that’s the only way the A1 will be available.

With prototypes having gained at least a year of testing under their belts, we're expecting an official reveal of the new A1 from Audi sometime in the first half of 2018.