Ford Focus RS to race in BTCC this year 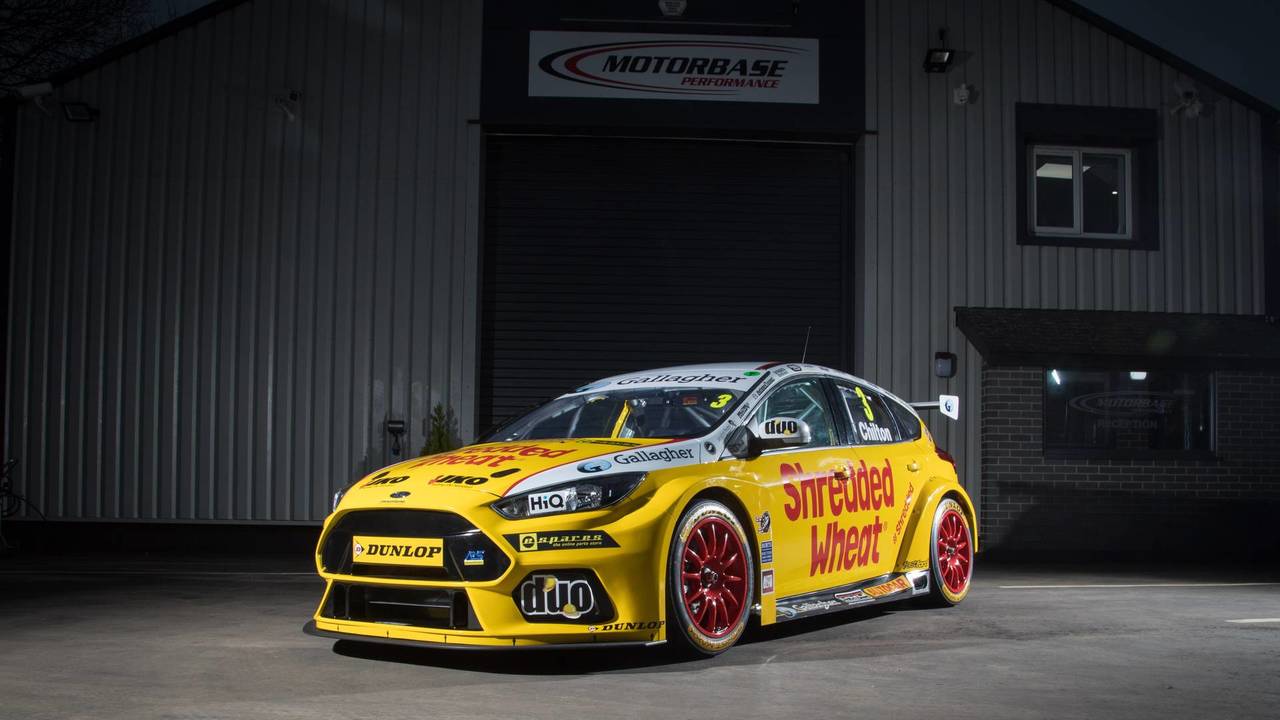 The hottest Focus of them all will replace the ST this year.

Motorbase Performance surprised a few this week by unveiling a new car for the upcoming British Touring Car Championship season. While the car looks pretty much the same as the team’s venerable Ford Focus ST, the Focus RS that it pulled the covers off at Autosport International is all-new in pretty much every single way.

‘It’s not just a new bumper. As you look at the car now there’s not a panel on that car that’s been racing before,’ Motorbase boss Dave Bartrum told Motor1.com. ‘Not a door, not a bonnet – it’s all new and there’s reasons for all of it as you go through the car.’

Motorbase has run the third-generation Focus ST since 2012, but will switch to an RS-based model for this year.

‘We’d had the other one for a long time. It was time to re-work the shells and the RS gave us a chance to look at a different side of [the] design,’ Bartrum said. ‘We repackaged the engine bay, repackaged the intercooler, the radiator… so we could do a lot more internal work on the engine bay and the car and with the opportunities of how the front end works and what it opens up for us.’

The production Focus RS is four-wheel drive – the first time the hot hatch has ever had four driven wheels – but four-wheel drive is outlawed in the BTCC, so the team had to compromise. In theory, using a four-wheel-drive car as a base would allow the team to choose between front- or rear-wheel drive, much like the 2017 championship-winning Subaru Levorg or the popular Audi A4 formerly campaigned by Rob Austin, that both had power sent to the rear wheels on the race car. However, the team was limited by the positioning of the engine, which in this case is a Mountune-prepared 2-litre engine that complies with BTCC regulations.

The new Focus RS racer will make its debut in the opening round of the 2018 season at Brands Hatch in April. Long-time Motorbase driver Mat Jackson will remain with the team for a ninth straight campaign, while Tom Chilton joins after dovetailing a world touring car campaign with a factory-backed Vauxhall drive in Britain last year. Bartrum is confident he can give both race-winning drivers a competitive package for the year ahead.

‘To convince Tom to join the team, he must’ve heard the right thing,’ he said. ‘Mat obviously knows what we’ve been up to because he’s been with us a while. Those guys know they’ve got a good car for 2018.’