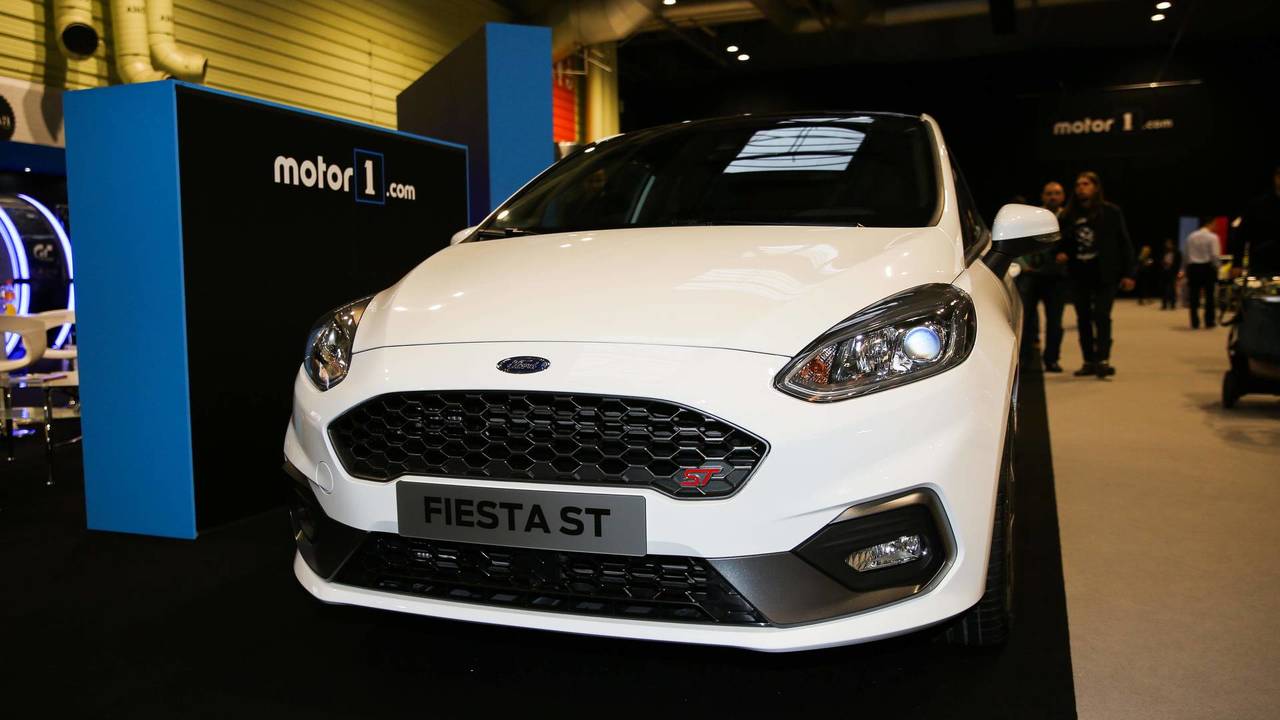 The Fiesta ST has been seen for the first time in Birmingham.

The Ford Fiesta ST has made its UK debut on the Motor1.com stand at the Performance Car Show at Birmingham’s NEC. The much-anticipated car is the performance version of the latest seventh-generation Fiesta hatchback, which was launched on sale earlier this year.

Oliver Rowe, product affairs manager at Ford GB, was on hand to discuss the new ST and let slip some new information about the car, which has not been revealed before, including the price – set to be around £23,000 – and the CO2 emissions of 114g/km, which interestingly mean the ST should be good for around 57mpg.

‘This car builds on the previous-generation car,' Rowe said. 'Our performance cars are all beautiful to look at, but this one is affordable to most. It’s been five years since we first introduced a three-cylinder engine – the 1-litre unit on the Focus – we really feel like people are ready for a performance three-pot.’

The Fiesta ST is set to arrive in the UK in early summer 2018 for first drives and it will go on sale in September, after the new Fiesta Active SUV-like model makes its debut in late-spring.

The Motor1.com stand also features another UK debut in the form of the Volkswagen GTI TCR racing car, and a number of other exciting models including the Porsche 911 GT3 road and race cars, McLaren 570S GT4 racing car, the Jaguar XE SV Project 8 and Mission Motorsport F-Type. Come along to the Birmingham NEC this weekend and meet the team.