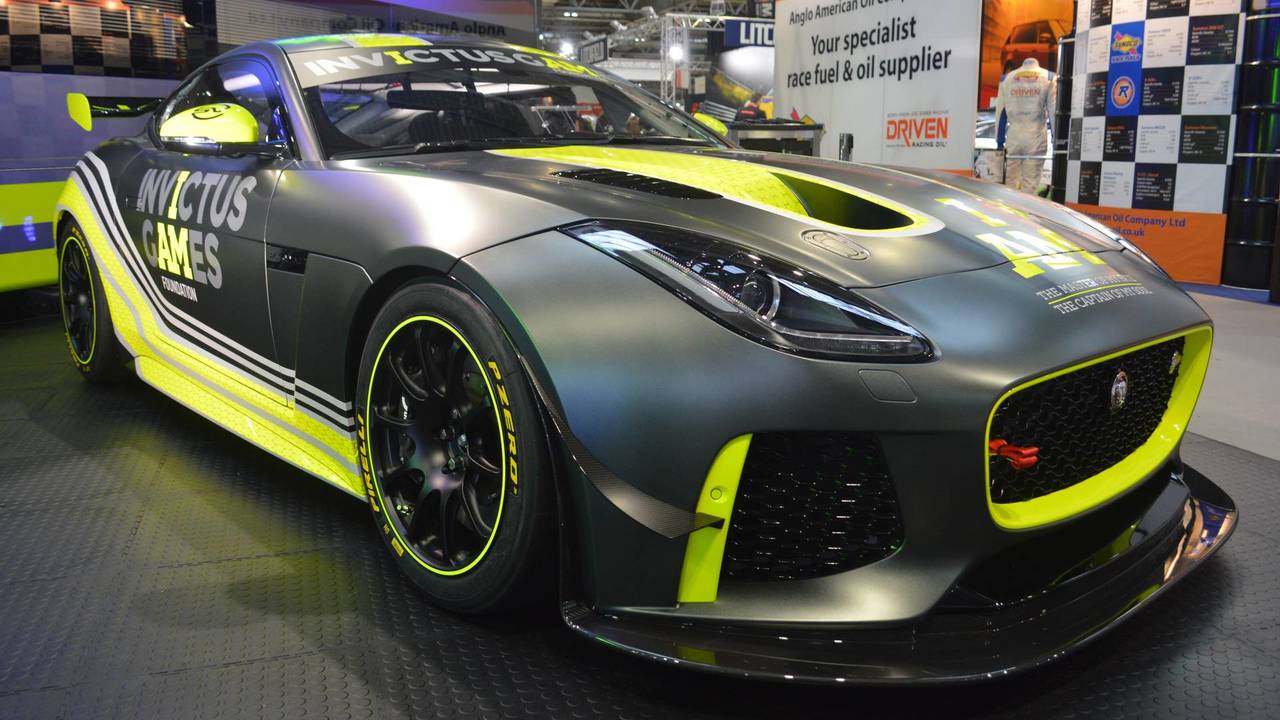 The F-Type GT4 will compete in British GT.

Yesterday Jaguar's first factory-developed GT racing car in 50 years was unveiled to the world. The product of a top-secret year-long development programme, the F-Type SVR GT4 will compete in the British GT championship under the Invictus Games banner.

Invictus Games founder and Superdry clothing magnate, James Holder, commissioned a pair of bespoke cars to be built, which will become the first of a new customer racing operation from Jaguar.

Like all GT4 cars, the F-Type SVR GT4 is very much production based. The chassis and bodywork comes from the same production line as it's road-legal sibling. The same supercharged V8 sits under the bonnet, but instead of 566bhp, power is toned down to anywhere between 400 and 500bhp, depending on restrictors and regulations to balance performance between its competitors – it is expected that the Jag will run at around 400bhp in full race-spec.

For comparison, McLaren's successful GT4 challenger, the 570S GT4 is capable at running at a full 570 horsepower, but tends to put out around 150bhp less in race trim.

Other than that, the racing touches are relatively minor. Of course, as much weight as possible has been shave by removing unnecessary things like the passenger seat and interior trim. The brakes are track-ready Alcon discs and pads, while the aerodynamics of the largely-stock bodywork has been enhanced by small carbonfibre fins on the front, and an imposing wing on the rear. There's also minor suspension changes, exactly what though, of course remains a closely guarded secret.

'It's the first GT racing car to come out of the factory in 50 years, but it's not a Jaguar racing (team) car,' said British GT regular Matt George forming one half of the Pro-Am driver lineup in one of the team's cars. 'Invictus Games Racing will be run by David Appleby Engineering, it's not a factory team. The factory has built the car, same as McLaren build GT4 cars and we are Jaguar's first and currently on;y customer team.'

'As part of the GT4 homologation (rules) you have to create a certain amount of cars to be part of it anyway so there will be more than just our two, but where they go to, who knows,' he added. 'Currently there's three that exist; our two and a spare.'

The first car to be produced naturally cost an unknown amount, having come as part of a lengthy development process, but you can expect examples to be available to purchase at around £160,000 – in line with other GT4 cars.