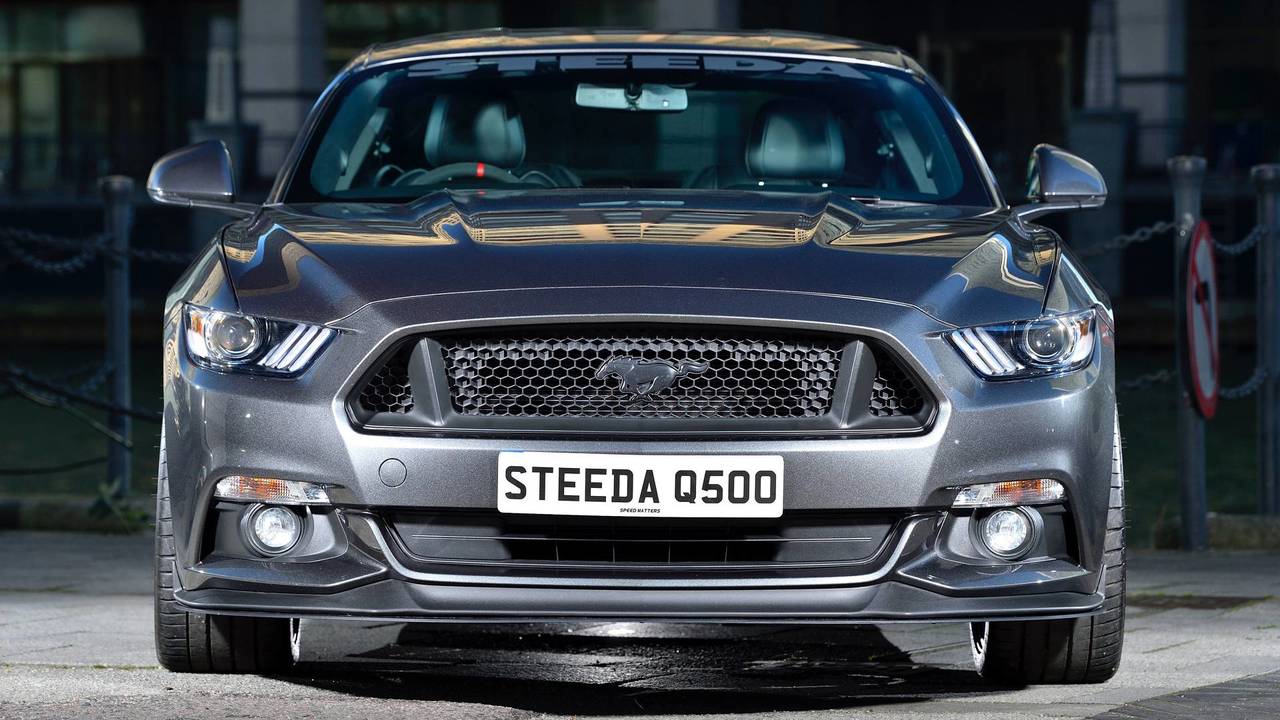 The Steeda Q500 Enforcer Mustang is an even more special way to crash leaving a car meet.

The new car is based on the 5-litre V8 Mustang and features a host of changes to make the Q500 Enforcer stand out from the hot Ford crowd.

Steeda says it has increased the Q500’s power to 480bhp from the standard car’s 410bhp and increased the torque rating by 70lb ft to over 550lb ft. It has used a bespoke cold air intake system to both increase and stabilise the flow of incoming air, recised the engine mapping to create a keener throttle response and amplified the Mustang engine noise by fitting a custom exhaust system.

Changes haven’t been limited to the mechanical – Steeda has developed its version of the Mustang on its test track in Georgia in the USA, upgrading the suspension and chassis to a more bespoke setup.

The Q500 gets thicker front and rear adjustable anti-roll bars that feature solid billet ends and mounts, as well as Steeda’s own progressive rate springs, strut tower brace and upgraded bushes for the Mustang’s independent rear suspension sub-frame. Steeda says that the lowered stance has been designed to offer the comfort of the factory car with improved turn-in and that the end result is a noticeable reduction in wheel hop and deflection that it says can affect the standard Mustang.

The first example of the Q500 Enforcer, revealed at the Performance Car Show in Birmingham, has been fitted with satin black 20-inch Velgen VMB7 wheels that, despite being one inch larger in diameter, and running larger Michelin tyres, are identical in weight to the standard Mustang wheel and tyre combination.

Steeda says that it offers a wide variety of customising options for its new Q500 Enforcer, designed for road or track. It joins the Q350 Mustang and Mondeo Sport in Steeda’s UK lineup.

The new car costs £8,998 over the base GT-spec Mustang and is available to order now from Ford dealer Haynes in Maidstone.