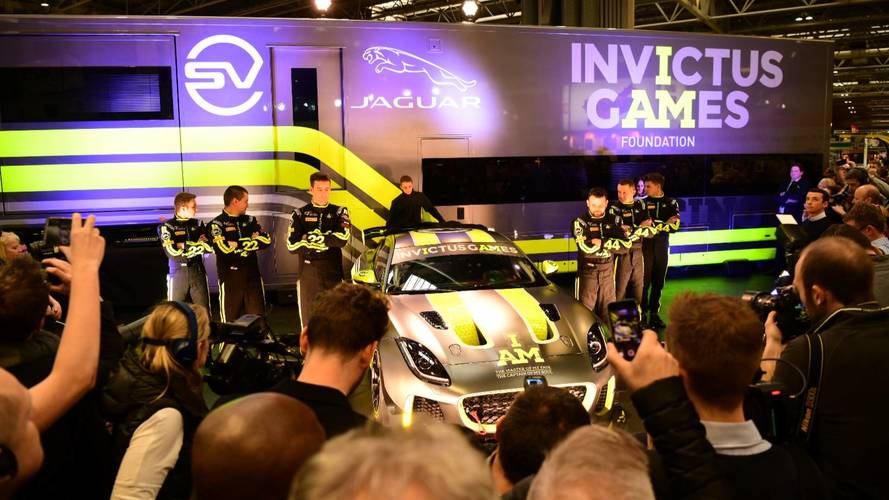 You’ll have heard of the Invictus Games, and now you’ve heard of Invictus Games Racing. The new racing team has been announced at the Autosport International Show, and is a collaboration between James Holder, co-founder of clothing brand Superdry and the Invictus Games Foundation. Jaguar’s Special Vehicle Operations had a bit to do with it, too, having been commissioned to create the bespoke GT4 F-Type SVR race cars – the first SVO-designed race car to be used competitively.

This year, Invictus Games Racing hosts four drivers throughout the British GT Championship. The drivers have been picked and mentored by Mission Motorsport – the same charity that run the Race of Remembrance.

We chatted to Paul Vice, one of the four chosen servicemen. He lost his left leg below the knee and suffered a paralysed right arm following an IED explosion in 2011. He went on to become the most successful male athlete at the 2016 Invictus Games and is now looking forward to the British GT Championship.

'I’ll be doing about half of the season, starting with Silverstone, which is my favourite track – I spent loads of time on it on the computer when I was a kid.' Vice goes on to explain that he’s done 'almost zero racing before this, but I get on well in the Jaguar. The paddles are easier for me than the manual MX-5 that I did an endurance race in last year – the only other race I’ve done so far. We’ve got loads of simulator time and practice time in the car to come.'

Invictus Games Racings isn’t just doing the British GT Championship. Jim Holder, co-founder of Superdry, said that 'Motor Racing is often seen as elitist and our mission is to open the sport up to wounded, sick or injured service personnel, through the race team itself and with exclusive Invictus Games Racing track days.'

Check out the pictures to see the spectacular livery of the new Invictus Racing Team Jaguar F-Type GT4 cars.