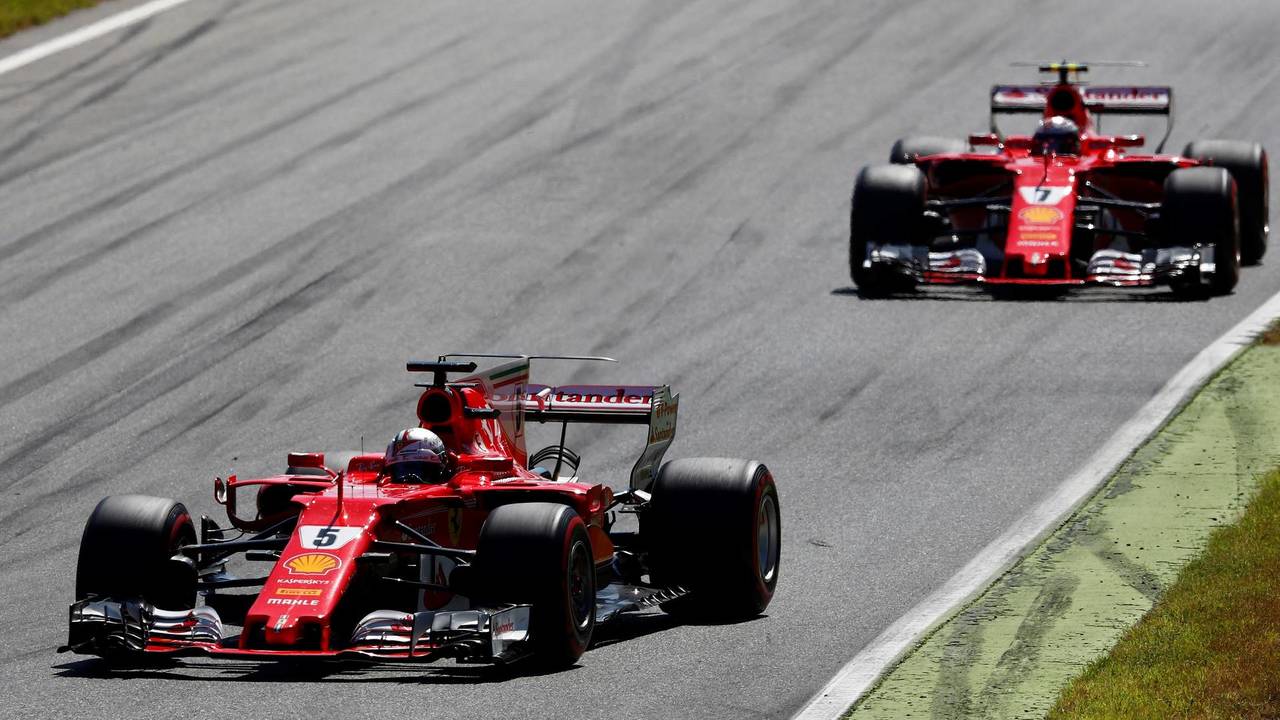 The latest Ferrari to be announced for the Italian marque's special feature at Autosport International has been announced. Last year's SF70H Formula 1 racer will form a part of the display that will continue Ferrari's 70th anniversary celebrations.

The car joins the 488 Challenge, 488 GTE, FXX-K – which will be making its UK debut at the show – and the F2004 on the display, with more still to be announced. The collection showcases Ferrari's customer racing and track car ladder, which begins with the 488 Challenge and goes all the way up to the exclusive high-performance XX prototypes, and even race-used F1 cars.

The SF70H marked a return to form for Ferrari after a dismal 2016 season. While it ultimately missed out on both the drivers' and constructors' championships, the car won five races (all in the hands of Sebastian Vettel), and finished on the podium in three quarters of the races contested in 2017.

'The 2017 Ferrari F1 car completes this outstanding array of Ferrari racing cars representing the exclusive Corse Clienti programme,' Autosport Media UK editor-in-chief, Andrew van de Burgt. 'It has been a long winter without any Formula 1 action and having the 2017 F1 car is the perfect reward for fans coming to the show this week to get up close its latest race winner. Do not miss out on this amazing celebration of arguably the most iconic marque in motorsport history.'

As well as the cars, a number of Ferrari factory drivers have been confirmed to be attending the show. World Endurance Championship champions James Calado and Alessandro Pier Guidi will be at the show along with fellow sports car racer Miguel Molina, while F1 team test driver Marc Gene will also be at the NEC on Friday and Saturday.

Autosport International runs from 11-14 January 2018 at the National Exhibition Centre in Birmingham. Tickets for are still on sale at autosportinternational.com.