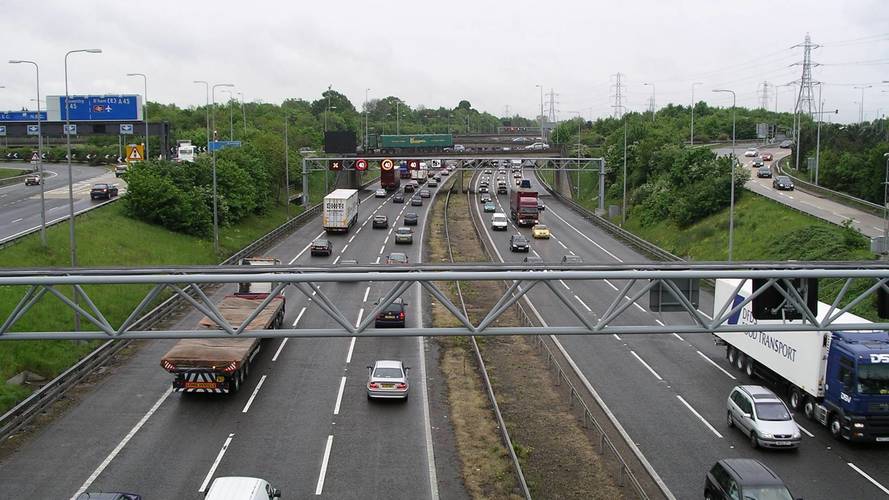 Seven percent think they 'should' drive in the middle lane.

Four in every 10 UK motorists admit that they intentionally hog the middle lane, according to new research.

A study of more than 2,000 UK adults by insurance company Direct Line found that 43 percent of British motorists will drive in the middle lane even if there is no traffic in the left-hand lane.

This is despite the Highway Code clearly stating that drivers should ‘always drive in the left-hand lane when the road ahead is clear’.

Of those who admit to lane-hogging, 43 percent claim they do so to avoid overtaking lorries or other slow vehicles further along the road, while a third (33 percent) claim it is so they don’t have to change lanes so often.

Meanwhile, one in five lane hoggers (22 percent) say they feel the middle lane is safer than the inside lane, with just as many claiming the visibility is better from the centre of the road.

More worryingly, seven percent of those middle-lane drivers displayed a worrying ignorance of the rules, claiming that they are driving in the central lanes because ‘regulation says that drivers should be in the middle lane’.

Just as concerning is the fact that just under half (49 percent) of drivers were unaware that they could be prosecuted for driving without due care and attention if they remain in the middle lane when the inside lane is clear.

The penalty for such an offence, which falls under the ‘careless driving’ category, could see drivers awarded between three and nine penalty points, as well as a fine equivalent to up to 175 percent of their weekly income.

'It’s important that we increase awareness of the rules and penalties, primarily because they exist to keep road users safe, but also because drivers face serious fines and endorsements that that will stay on their record for four years.’