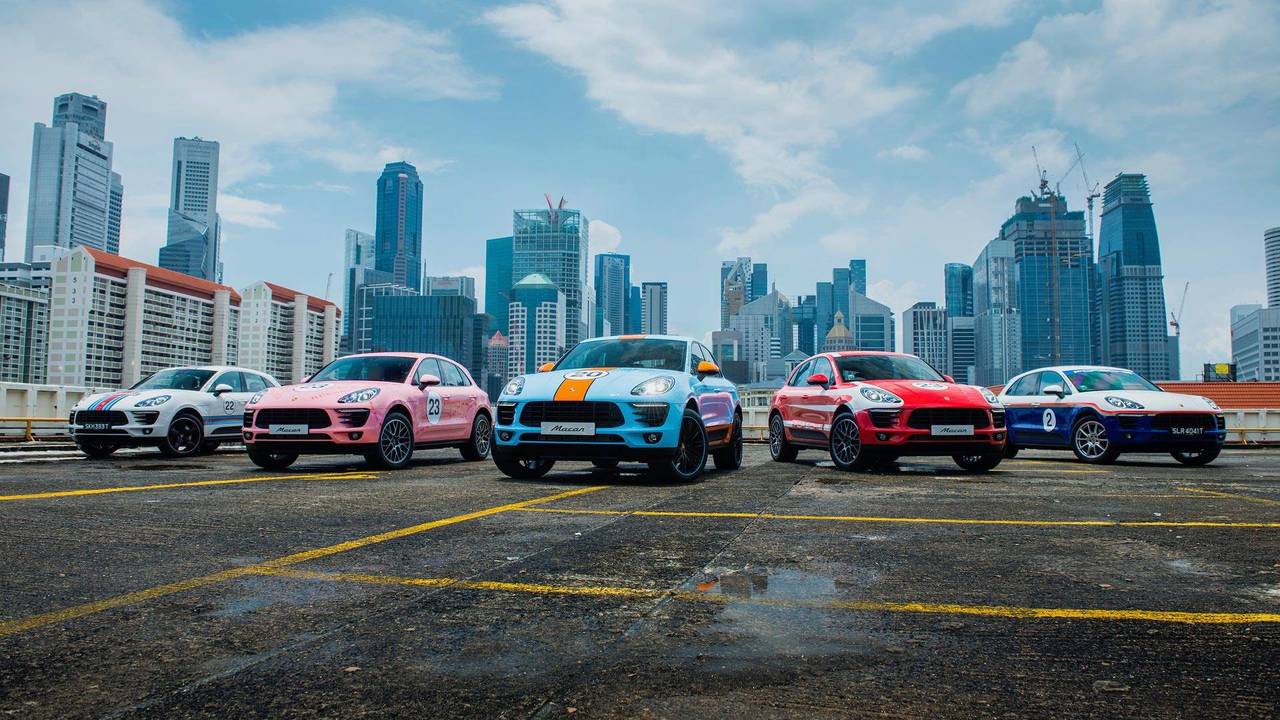 Porsche has displayed five special versions of the Macan, each designed to celebrate the company’s motorsport heritage.

The five one-off cars, which have been painted in classic Porsche liveries including the Martini and Gulf racing colours, went on display in separate locations across Singapore.

Each of the liveries represents Porsche’s successes at Le Mans, with the classic red-and-white ‘Salzburg’ livery of the company’s first winner – a 917 KH driven by Hans Hermann and Richard Attwood in 1970 – being represented on Ann Siang Hill, in Singapore’s Chinatown.

Three of the liveries have been inspired by the following year’s race, however, when the Martini number 22 car – a 917 K – took victory. The famous blue and red stripes have now made their way onto the Macan displayed in Singapore’s vibrant Holland Village.

However, the Martini Racing colours were not the only paintjobs to feature on Porsches at the 1971 Le Mans race. The experimental 917/20 car, known as the Pink Pig for its bright paintjob that labelled each part of the car according to butchers’ cuts, the car was fastest in qualifying and stole the show from its race-winning sibling by becoming the most photographed race car of 1971.

The Pink Pig livery has also been replicated on a Macan, which sees its doors labelled as cutlets and its front wings badged as shoulders.

However, arguably most famous of all the liveries is the Gulf Racing colours of 1970 and 1971. The Gulf Porsches won the world championships in those years, despite never actually winning Le Mans, but their true fame came when the Gulf 917 became the star of Steve McQueen’s film, Le Mans.

Fittingly, the blue-and-orange Macan was displayed on Singapore’s brightly coloured Haji Lane, where the buildings are famously painted in colourful artworks.

Last, but by no means least, the blue, gold, red and white of the 1980s Rothmans livery is also represented. The Porsche 956 dominated Le Mans that year, finishing first, second and third. The car also broke the lap record at the Nurburgring, before winning Le Mans again in 1984 and 1985.