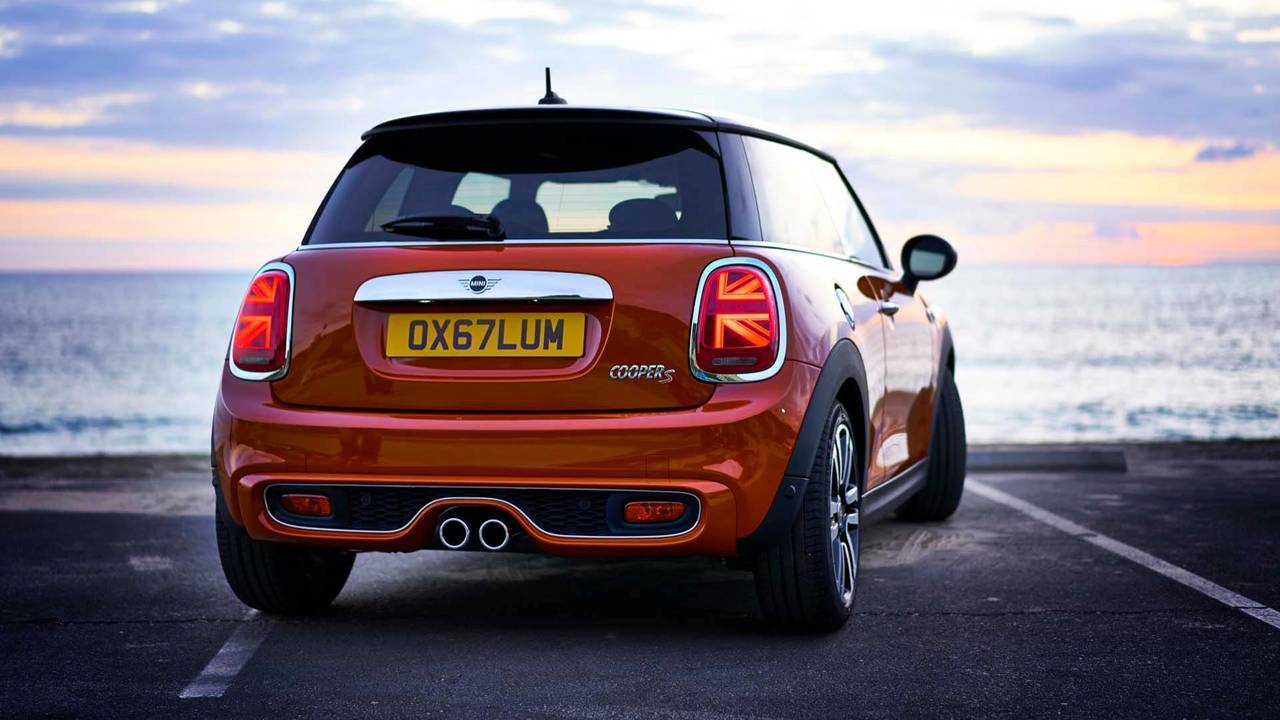 Mini has revealed a new subtly facelifted version of its 3-door and 5-door Hatch models, as well as the Convertible, bringing in technology from the larger Countryman model, including touchscreen infotainment and navigation, wireless phone charging and other connectivity.

Styling-wise, the changes are limited to new LED headlights and Union Jack rear lights, which will no doubt be a talking point for new owners.

For the first time, the Hatch gets wireless Apple CarPlay functionality, upgraded connected services which bring improved real-time traffic information and voice commands thanks to integrated 4G sim cars as standard, as well as Mini's phone app that lets you open and lock the car and drop the windows.

The headlights get fully round day running lights and integrated indicators, as well as new matrix LED technology that means you can leave the lights on full beam without dazzling oncoming traffic or pedestrians, as the car deactivates sections of the light beams. The car will also illuminate the road differently depending on location and conditions, providing more side illumination on urban and rural streets.

There are three new colours available for the Hatch and Convertible – Emerald Grey metallic, Starlight Blue metallic and Solaris Orange metallic. As well as the new colour options, the Mini Yours Customised scheme has been officially launched, meaning buyers can now specify individualised parts for their cars that feature unique designs and customisable elements. The facelifted cars also get Mini's recently confirmed new logo, which has been designed to look simpler.

Other exciting developments on the cars include a tweaked three-cylinder engine in the One-spec model, which has been increased to 1.5 litres, as well as the new option of a seven-speed dual-clutch Steptronic transmission that incorporates a coasting function for increased economy. An interesting feature on the upgraded Mini's auto gearbox is a smart start/stop system that uses the satnav to identify locations where it wouldn't be sensible to switch the engine off, such as at roundabouts.

The facelifted Mini goes on sale in UK dealers on 17 March 2018 – the new prices for the car have yet to be officially announced, but the One model will start from £15,900 on the road.