Hyundai's new hydrogen-powered car will be called the Nexo 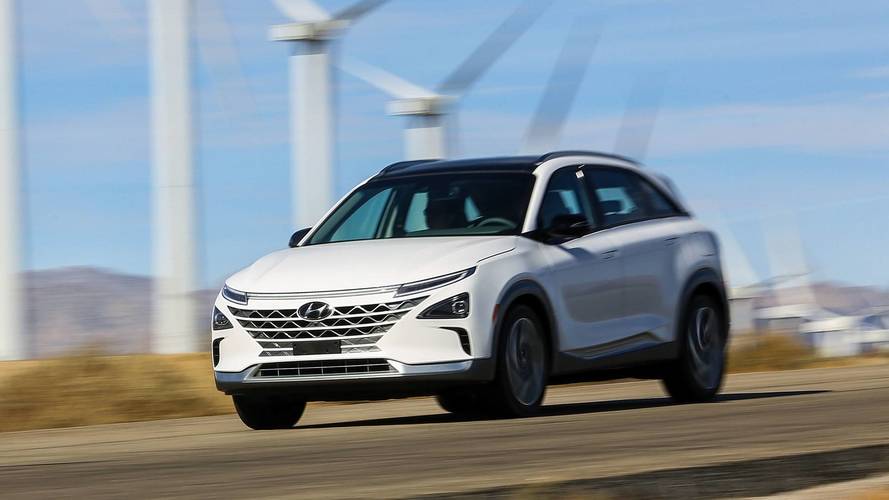 Hyundai has revealed that its next-generation fuel cell electric vehicle will be called the Nexo and it will spearhead the Korean car maker's efforts to introduce 18 eco-friendly cars to its lineup by 2025.

The Nexo will be a technological showcase for the brand, which as well as featuring the futuristic hydrogen powertrain, will also have a number of so-called advanced driver assistance systems that expand its autonomous driving potential. Blind-spot view monitor, lane following assist, highway driving assist and remote smart parking assist – which allows you to pretend to be James Bond and drive the car in and out of parking spaces by remote control – make up the advanced safety systems on the car, marking a number of firsts for Hyundai.

Hyundai says that the new Nexo will be lighter and quicker than its previous fuel cell effort, the ix30 Fuel Cell, and will have an improved range of 500 miles – 134 miles more than the old car. The Nexo has also been developed specifically to work in extreme weather conditions, being able to start up within 30 seconds in cold conditions, which Hyundai says is an industry best.

Power comes from a 95kW fuel cell and 40kW battery which combine to produce 291lb ft of torque and propel the car from 0-60 in 9.5 seconds.

'Hydrogen energy is the key to building a more sustainable society. Hyundai Motor Company has already taken a lead in hydrogen technology with the introduction of the ix35 Fuel Cell,' said vice chair of Hyundai Woong-chul Yang. 'I am so proud to introduce our second-generation fuel cell electric vehicle which is a culmination of our cutting-edge technologies.'

The Nexo will be available in selected markets early this year – there's no word on pricing yet, or indeed if it will even come to the UK.