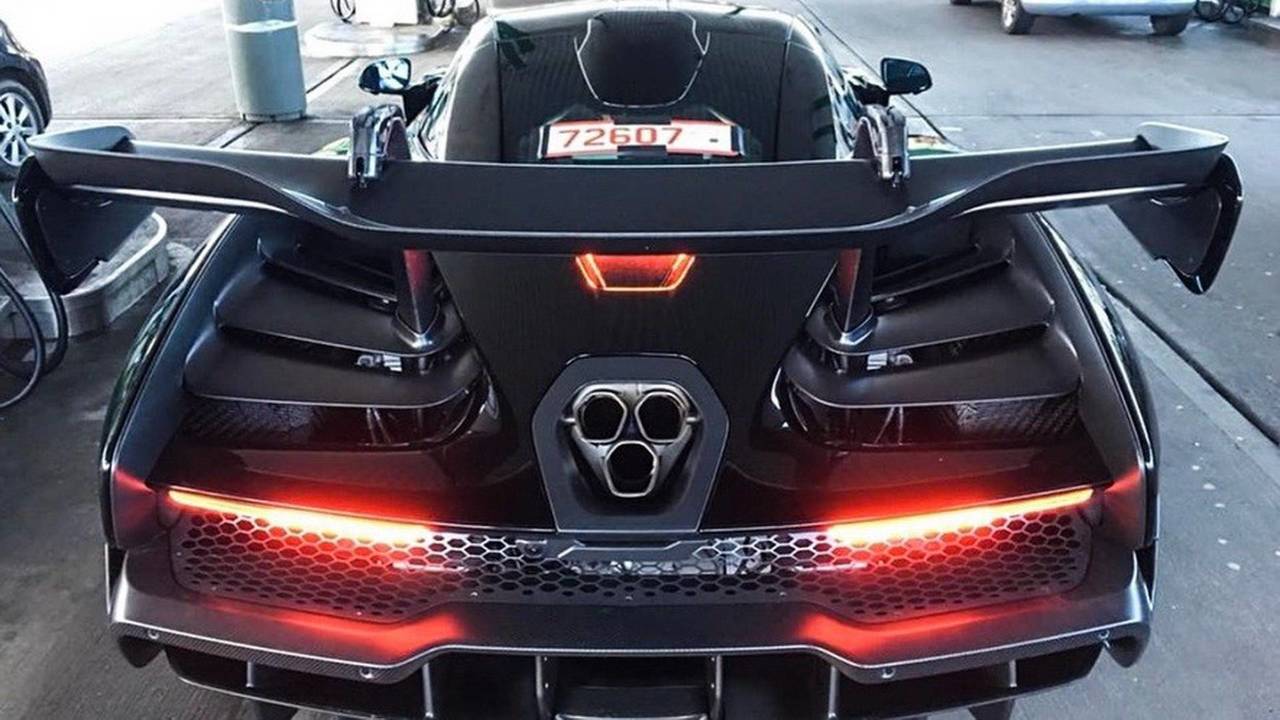 Some cars look great on a poster on your bedroom wall, some cars need to be on the open road, or next to other metal to get some context – we rather think the 'scientifically beautiful' McLaren Senna (to borrow a phrase from Motor1.com UK road tester Tyler Heatley) is in the latter category, because it makes a lot more sense at a BP petrol station than it does in McLaren’s recent teaser shots.

Automotive photographer and YouTuber Luke Papworth (appropriate surname there) managed to snap off a few images of a Senna refuelling recently in the south of England. With the amount of fuel the car is likely to get through, it seems eminently sensible for its test drivers to be going for the Nectar points.

Seeing the car in daylight means we can get a better look at its intense aerodynamics, including a massive front splitter, huge scoops behind the doors and extremely complex rear winglets and a giant rear wing that seems to be planted in the middle of the car. An interesting thing to look is the active rear wing that seems to use the upwards-facing rear exhaust to boost its effectiveness – blown rear wings have been an on-and-off feature of recent Formula 1 cars and McLaren engineers will no doubt be keen to show off what they can do.

It’s fairly standard to put a dealer plate in the window when driving a new car around that hasn’t been registered – but the Senna doesn’t look like it has anywhere to put its proper number plates when it finally does get registered. Will the registration number have to sit permanently at the bottom of the windscreen?

We’re in a bit of a McLaren Senna launch limbo at the moment – the Woking-based sports car maker has released first images and a few details of the car, but it’s not being officially launched until the Geneva motor show in March, so we’ll have to wait a little while longer for the full information. In the meantime, this car is going to run out of petrol again somewhere…