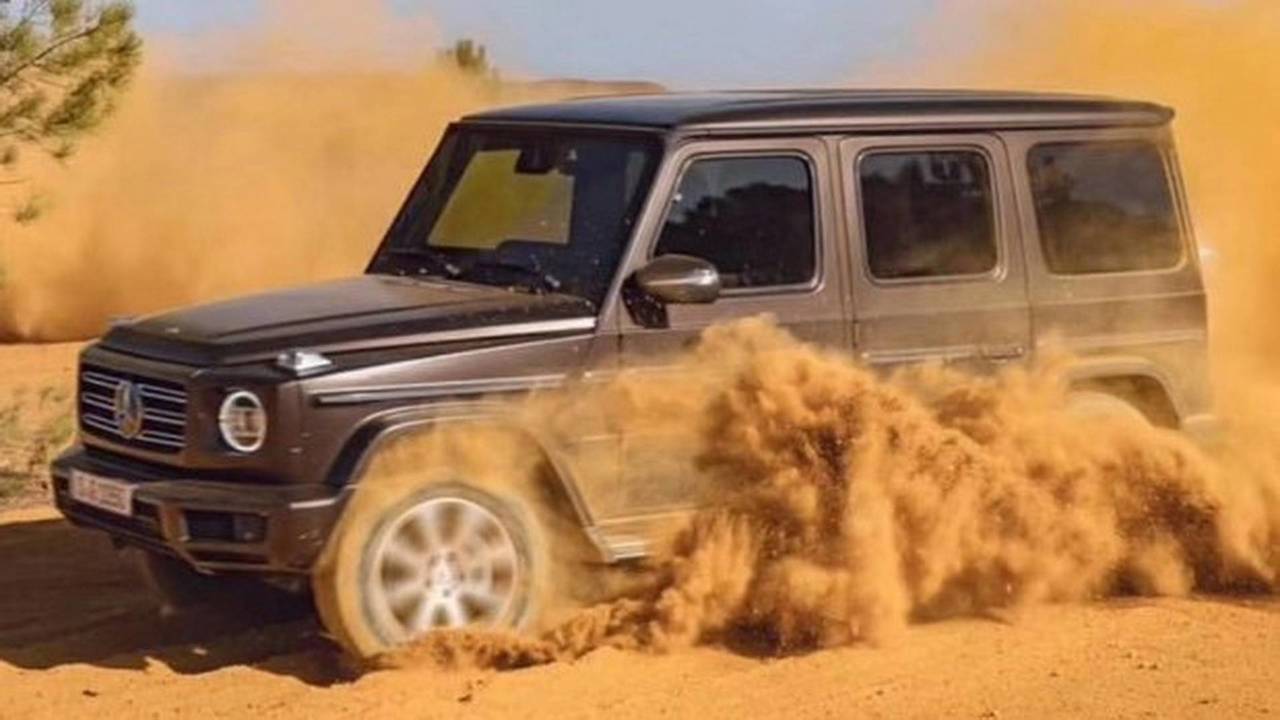 Images of the naked all-new Mercedes G-Class off-roader have surfaced on the internet ahead of the car’s launch at the Detroit motor show next week. The images first appeared on Dutch motoring website Auto Week.

The completely revised G-Wagen carries over just five parts from the previous-generation car – read our first ride in the new car with Oliver Metzger, head of development on the G-Class project, for an inside take on development of the iconic 4x4.

We’ve already seen the interior of the car, so the big news of the full reveal is the outside styling of the car, which is…business as usual. The shape of the car remains the same, with fresher front-end styling and a longer wheelbase to enhance ride and comfort.

The theme of the upgrade mostly appears to be about modernising what’s there, rather like rewiring a Victorian house and knocking through the kitchen and lounge. The 2018 G has LED lights front and rear, much fancier suspension and engine technology, and the interior is dominated by an S-Class-inspired large touchscreen infotainment display and digital instrument panel.

Iconic touches such as the passenger grab handle and traditional door handles remain – indeed, Mercedes found that the only way to maintain the signature clunk of the G-Class’s doors was to keep the door latches the way they were.

As well as being slightly longer and wider, the new G-Class has been completely reworked on an aluminium chassis, which contributes to what Mercedes says is a 160kg reduction in weight.

We’ll get full details of the technical developments under the surface of the new car, as well as the engines that will power the refreshed classic, when the G-Class is officially unveiled on 15 January 2018 in Detroit. Keep checking back at uk.motor1.com for all of the details on the new Mercedes.