From Mickey Mouse to muscle cars 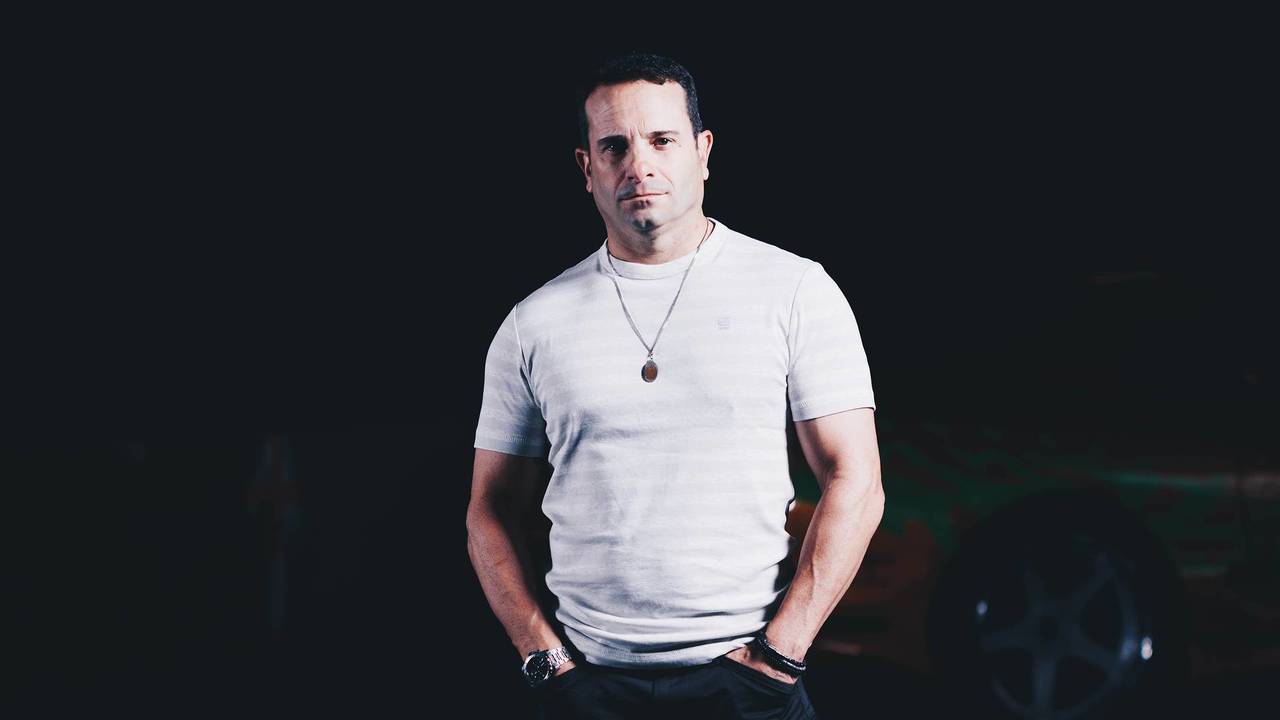 Motor1.com sits down with one of the world's top stunt drivers.

It's a dream job — spinning, sliding, jumping, and crashing cars on the sets of the biggest film and TV productions and in front of live audiences all over the world. Chris Morena is one man who is living that dream.

Morena's credits include the fourth Transformers film and the famous final episode of the hit TV series Breaking Bad, but it is as one of the world's leading stunt drivers where the New York native made his name. He began his career in the 1990s, training in Connecticut, before becoming a part of the touring Hollywood Stunt Show that was backed by Toyota, and later Ford.

'I worked nine seasons with Toyota and then Ford, and literally worked from the ground up,' Morena recalled. 'I washed the cars, I [then] started doing some of the easier stunts, then five years later I started doing the car driving and car crashes. That was a seasonal gig, we'd go to state and county fairs in America and we'd put on a 90-minute exhibition, in the off-season I worked movies.'

After nine years on the road, Morena was snapped up by Disney to work on the Lights, Motors, Action... Extreme Stunt Show! – a live show at Walt Disney World in Florida that showed audiences how car chases were put together for Hollywood blockbusters.

'While traveling with the stunt show my boss would receive a trade paper called Amusement Business [and] in the back I read about how Walt Disney is going revamp the backstage tram tour and build a car stunt show,' he said. 'That was something I knew I had to find out about.'

'I mailed them my resume and got a call inviting me to audition. After the first audition, I was invited back again to perform a test of tougher driving skills. Months later I got a call inviting me to come train and help open the show. Training started in October 2004 and worked out great because I had just finished the touring season and was ready for a new challenge.'

Morena remained at Lights, Motors, Action for 11 years – the show's entire run – and was a key member of a team that performed to well over 50 million people during its lifetime. The cars in that show were unique. While they appeared as dull early 2000s Opel Corsas, they were in fact custom built spaceframe chassis with fibreglass bodies. Power came from Suzuki Hayabusa motorbike engines mated to a unique Disney-built transmission that had four gears in forwards and four gears in reverse. The 0-60 run would take an eye-watering 2 seconds, and the top speed was (a different kind of eye watering) 70mph.

After the show was razed for redevelopment in 2016, he returned to his home state of New York and again began touring until the next big call came.

That happened in mid-2017 when Morena flew to the UK to audition for the new Fast & Furious Live world tour – a show that takes the popular automotive film franchise and recreates it live in front of audiences all over the world. He was hired to be part of the 11-strong driving team for the show that opens later this month, beating off more than 2,000 other applicants.

'This worldwide tour really speaks volumes for what the franchise is,' Morena said of his latest project. 'Rowly [French, the show's Creative Director] is a creative genius for taking the movies and really running with it in a live show so I definitely applaud him for four years of agonising ups and downs, and now he's seeing his creation come to life and it's exciting for us 11 drivers to be a part of it.'

Although he's done pretty much all there is to do in the world of stunt driving, Morena has been impressed with the scale of the new show, which requires an armada of 44 trucks to move it from arena to arena.

'You should see the load-out, it's a sight. Everyone's got their own thing going on and there's a tonne of local guys coming in, ripping down the trusses, it's intricate; the lights, the flooring, the walls, the machines – the cars are the easy part,' he quipped.

Training for the show has been an intensive process for the team that, alongside Morena, also includes professional racers, drifters, and defensive driving experts. Before they were let loose with the pristine show cars, the drivers rehearsed with a fleet of Lexus IS200s and EP3 Honda Civic Type Rs. But even before that, they rehearsed out of the cars, meticulously walking through every single sequence in the show multiple times.

'We all walk each sequence, honestly 20,000 steps a day, and the majority comes from walking six scenes,' he revealed. 'We all know a certain car position. All 11 drivers can do a certain car position to fill in for someone or for later on when they change things around, but that takes weeks to dial in.'

'Everyone kind of knew to throw in 90s and 180s, but we had to do it in the arena. We have to make things work. The blocking is what took a while, learning where to go [and] when to get there, when there's four cars in the arena. It really takes such focus there's a lot going on, it's fun when you hit your marks and you're doing well but you can hit something quick.'

There are 42 cars in Fast & Furious Live, but of course Morena has to have a favourite. His pick of the crop is the LS3-powered 'Ramp Car' that was featured in Fast & Furious 6, but it's a car that comes with its own set of unique and unusual challenges.

'The fact that it has the rear-steer, it's sweet, but it's a tough call, there's so many cars,' he said. 'We're using the actual one, well one of two that are still around, but because it takes both hands at the same time, steering the rear axle with a joystick, and a wheel, if you go the wrong way, you're in a wall. It does a 180 really quickly so it really took some practice and some focus; I have to think before I go out there.'

With the show being 'Fast & Furious', of course there's a whole fleet of muscle cars for Morena to get his hands on too, giving him the perfect taste of home. 'The Chargers are awesome! I love it because they're left hand drive, none of the cars we rehearsed with were, it's nice to be back in what I remember,' he said.

Luckily, Morena can just focus on the driving, because although he's one of just a small team of drivers, he's actually one of a huge army of 116 people keeping the show on the road.

'These cars, they're show cars, we have to make these things last,' he said. 'I laugh because on movies when you're doing a stunt driving gig usually it really is a beater car because it's not going to be the hero car you crash, it's just something they get and they hardly work. Maybe the handbrakes don't work, you have to be half a mechanic on set but here we have a team of mechanics so it's great to have that behind us.'

Fast & Furious Live is set to tour the world for five years, meaning that Morena will be away from the silver screen, but is he disappointed? Not too much. 'I really come from a live show background, and although the dream for a stunt man is working on productions, the thrill is when you have a live audience and you're under more pressure to do the stunts right, because when you're working for Michael Bay, you're in front of the camera and the outside world doesn't know about any mistakes. Now with phones, cameras, and YouTube, people thrive on mistakes on social media, so it's embarrassing to screw up.'

You can see Morena and the rest of the Fast & Furious Live team, plus iconic cars such as Dominic Toretto's Dodge Charger, Brian O'Connor's Toyota Supra, and much more when the show kicks off at London's O2 Arena on 19 January. Further UK dates take place in Newcastle, Manchester, Birmingham, Sheffield, Belfast and Glasgow, while preview performances in Liverpool are set to go ahead next week. For more information, visit fastandfuriouslive.com