Pre-production BMW X7s readied in the US 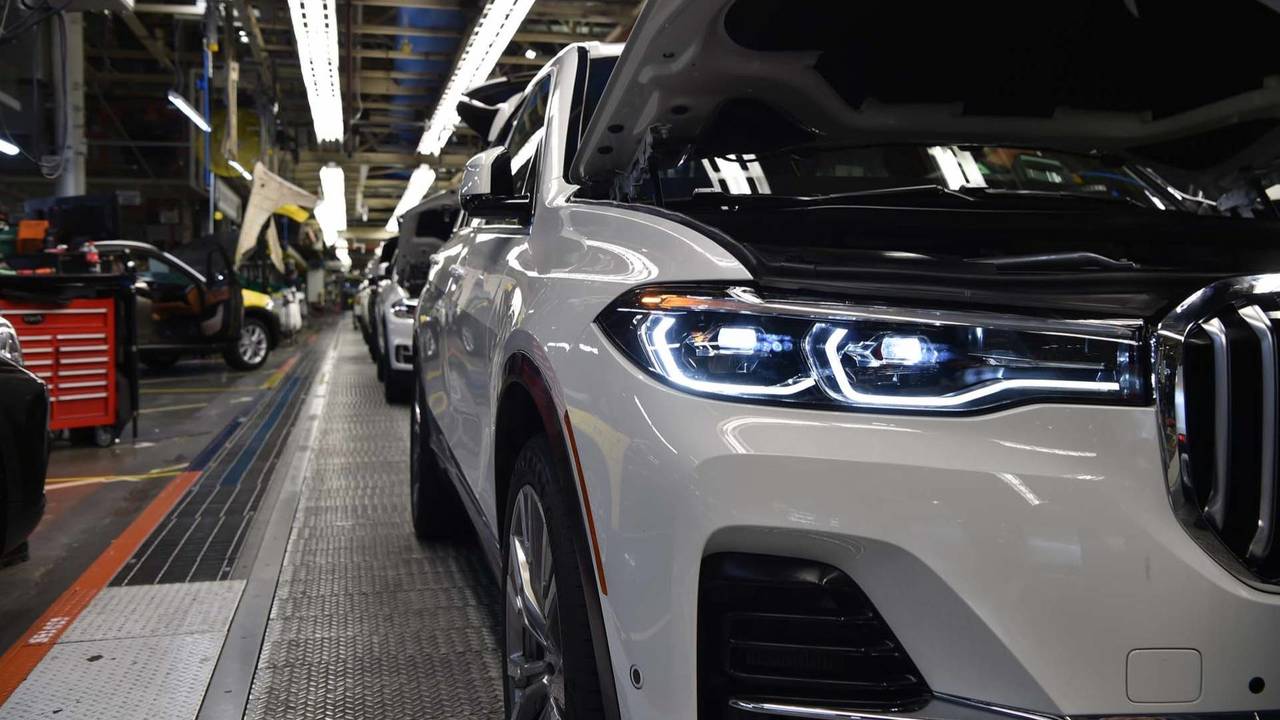 The production model is about a year away.

The first pre-production examples of BMW's new X7 have rolled off the assembly line at BMW's Spartanburg plant in the United States, marking the beginning of the final 12 months before the new large SUV enters full production.

The new BMW flagship has already been shown in concept form, and we've even spotted the SUV out testing in the US, but its final form is expected to be shown later this year once it has completed its final round of testing, including some extreme conditions.

'We are proud to produce the BMW X7 here in Spartanburg, the home of our X models,' said Knudt Flor, head of the BMW Group's Spartanburg plant. 'This is a very special vehicle and our employees are looking forward to yet a further member of the X family. Together with the BMW X7, a total of five BMW X models will be exported from Spartanburg to all four corners of the globe.'

Spartanburg in South Carolina is the same location where BMW's other larger SUVs – the X5 and the X6 – are built. The X7 will be put together on the same production line once the short run of pre-production cars have optimised the car for full production and once a specially trained team readies the plant for the new car.

Once built, the pre-production cars are handed over to development department specialists, who homologate them and ensure they meet the required regulations, use them for registration purposes, and then put them through a vigorous testing programme that includes endurance tests and test drives under extreme conditions in the desert regions of Death Valley or on the ice and snow-covered slopes of Scandinavia.

Because the full production model is still to be unveiled, the cars have been covered in a camouflage wrap that conceals the final look of the car until BMW is ready to pull the covers off.