Is electric power the future of rallycross? 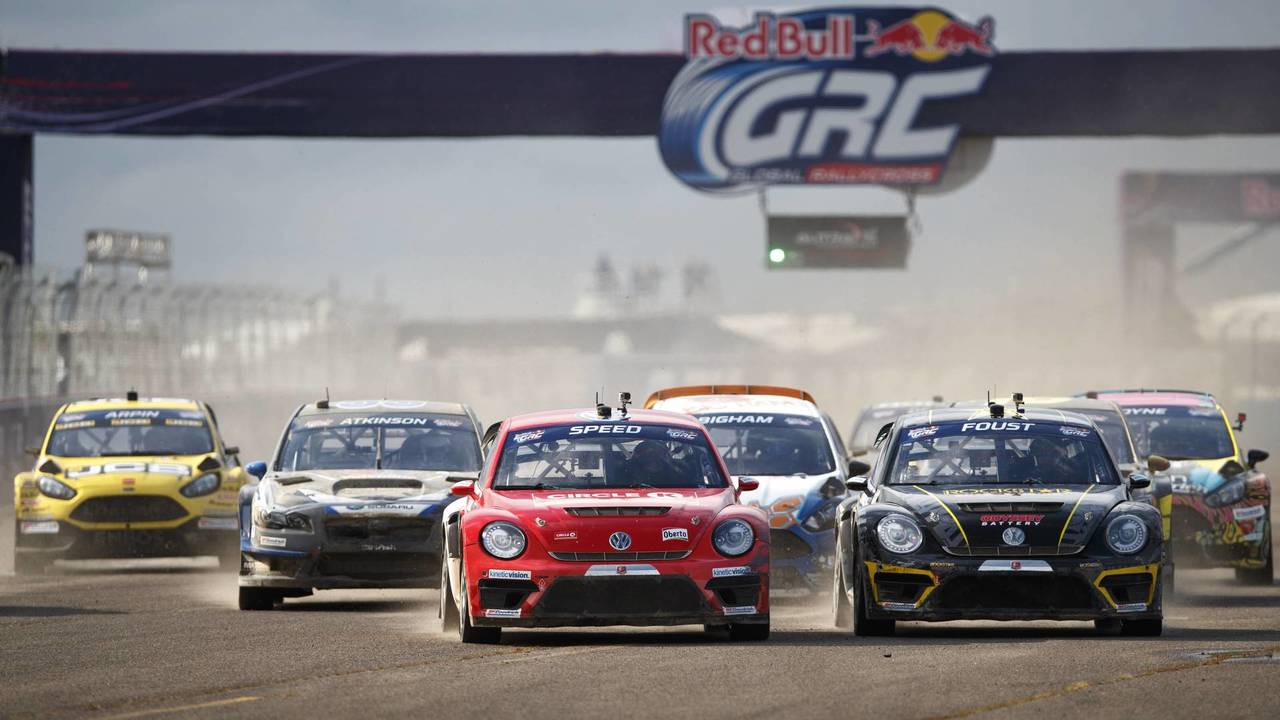 Many expect it to take over in the coming years.

Rallycross – despite it being around for over 50 years, many see it as 'the future of motorsport', but now 'the future' could be looking towards the future.

Allow us to explain – early last year, the Red Bull Global Rallycross series revealed plans for an all-electric category. Not long after, the FIA-backed World Rallycross championship announced similar plans. Both announcements followed the testing of the world's first all-electric rallycross car in 2016. Austrian firm Stard, owned by rally driver Manfred Stohl, was behind the car, which was based on a Peugeot.

Following those announcements, the idea of electric rallycross has caught the eyes of manufacturers. Volkswagen has reportedly been interested for a while, with Michael Andretti – who runs the German marque's team in the US – calling the idea 'a possibility for the future for sure'.

'I know Volkswagen is very interested in that because its line is going to be predominantly electric by 2025,' he said, 'so it’s going to be important for the company.'

Now Peugeot has officially thrown its hat into the ring, telling Motor1.com's sister publication Autosport that a move to electric cars was behind its recent decision to reaffirm its commitment to rallycross and call time on its Dakar Rally efforts.

'We decided to change discipline in order to change the communication, to switch more to electric rallycross,' said Peugeot Sport boss Bruno Famin. 'That is the target for 2020 and to be efficient we have to be more involved in rallycross to be fully ready when we change the technology.'

GRC's plan for an all-electric category was initially slated for 2018 before being moved to the more realistic target of 2019 while the electric rulebook was finalised. It is now also expected that EVs won't have their own standalone category in the US-based series, but will initially race alonsige the 600bhp fire-spitting Supercars that already compete.

'Over time, one of them will surpass the other one,' series boss Colin Dyne told Autoweek. 'Obviously, the Supercar combustion engine is our main field. How many electric cars come in, how many manufacturers come in will be determined.'

'We’ve got some manufacturers even talking about doing both – electric and combustion,' he added, possibly alluding to Volkswagen, which as well as expressing an interest in electric rallycross, also runs a pair of Beetles in GRC for Scott Speed and Tanner Foust. Ex-Formula 1 driver Speed has won the last three championships behind the wheel of a petrol-powered Beetle.

Meanwhile, WRX is expected to introduce a separate, all-electric series a year later in 2020.

'We're talking to a number of manufacturers and working with the FIA about what it might look like,' World Rallycross managing director Paul Bellamy told Autosport.'It will be 2020 at the earliest [before an EV introduction] but we're in discussions about what format the concept might take, what the cars will be like and where it will sit in the World RX weekend.'

As electric cars become commonplace on our roads, could the angry, loud, fire-breathing off-road monsters of the track be replaced by clean, quiet electric racers in the near future? It's looking more and more likely, but as Tesla's new Roadster concept proved recently, that might not be as much of a disaster as it seems.
++