Discover how the Aston Martin Vulcan was made road legal 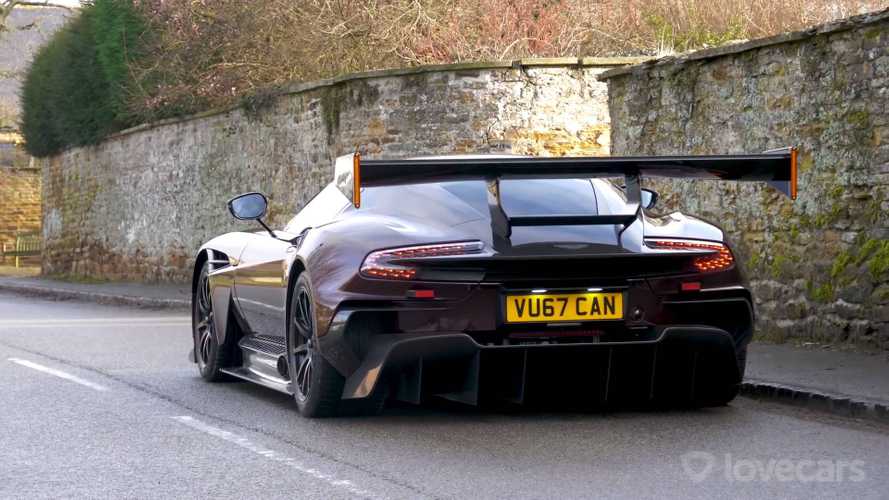 The track-only Vulcan has been developed by a British company for the road – and it took a lot of work.

Just 24 Vulcans were built by Aston Martin, but only one of them can be legally driven on public roads.

Converted for street use by RML Group with full support from Aston Martin HQ in Gaydon, the one and only street-legal Vulcan had to undergo a wide array of changes in order to be registered for road use. Obvious modifications include headlights and DB11-sourced side mirrors, but that's only scratching the surface.

Additional modifications worth mentioning include the tail light covers, Michelin road tyres, windscreen wipers and washers and even central locking. RML Group also made some tweaks to the front splitter, which is now shorter than before to make it road legal. Even the bonnet had to be modified, while at the back there are the compulsory lights and the number plate.

Stepping inside the very tight cabin, the race car’s sharp edges have been filed down for safety concerns – hence why the steering wheel now boasts extra padding. RML Group modified both seats to boost visibility, though it’s still not that great considering the Vulcan doesn’t have a rear window.

Then there are the changes you can’t actually see, such as the fact that the naturally aspirated V12 engine had to be remapped to comply with the emissions regulations, which also required the fitting of a new exhaust. The engineers also had to fiddle with the cooling and changed the clutch as well as the gear ratios to make the Vulcan easier to live with on a daily basis. A softer suspension setup was also required to enable a more comfortable ride, while a very handy suspension lift system has been installed as well to provide useful extra clearance for speed bumps and the like.

The Aston Martin Vulcan is still a thoroughbred track car, but now the owner can drive it back home from the circuit. Should they change their mind further down the line, the V12 monster can be switched back to its original track-only specification says RML.