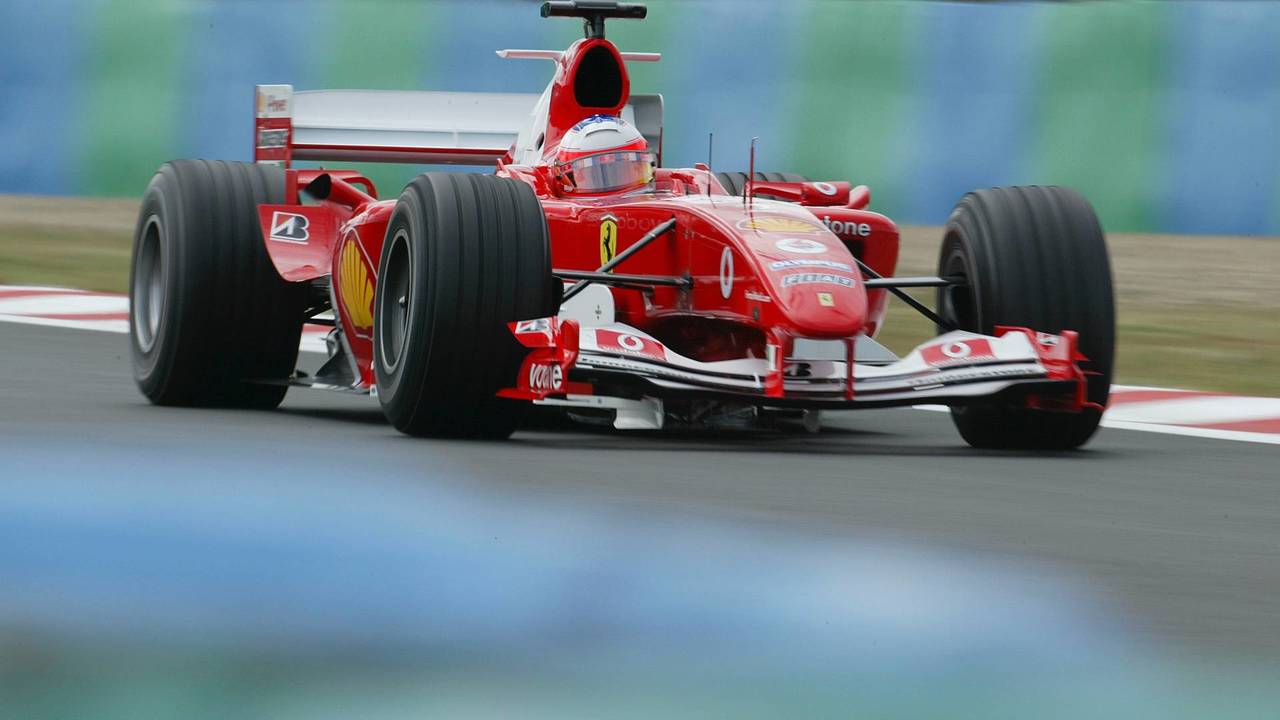 One of the winningest F1 cars of all time will form part of a special Ferrari display.

The Ferrari F2004, one of the most successful Formula 1 cars of all time, has been announced as the latest Ferrari to be a part of the company's 70th anniversary display at next month's Autosport International show.

The iconic F1 racer joins the 488 Challenge, 488 GTE, and FXX-K – which will be making its UK debut at the show – on the display, with more still to be announced.

The F2004 won 15 races and took 12 pole positions during its time in F1, and was the car in which Michael Schumacher won his fifth and final world championship title with Ferrari. The car was so good, that it continued to be used during the opening rounds of the 2005 season while its replacement, the F2005, was developed. Overall it contributed to 10 percent of the team's points tally that year.

Of its 15 wins, all came in 2014 and all but two went to Schumacher. He won the first five races of the year, before winning a further seven on the bounce in the middle of the season. If it wasn't for his collision with Juan Pablo Montoya in Monaco, the chances are he would have taken an unprecedented 13 consecutive wins.

Additionally, the F2004 still holds the lap record for seven circuits around the world, including five still on the F1 calendar, despite the car now being more than 13 years old.

Ferrari has even offered F2004s for sale before now. Ferrari's customer track car ladder, which begins with the 488 Challenge and goes all the way up to the exclusive high-performance XX prototypes, or even race-used F1 cars if you've got enough in the bank.

Autosport International runs from 11-14 January 2018 at the National Exhibition Centre in Birmingham. Tickets for the show are on sale now at autosportinternational.com.