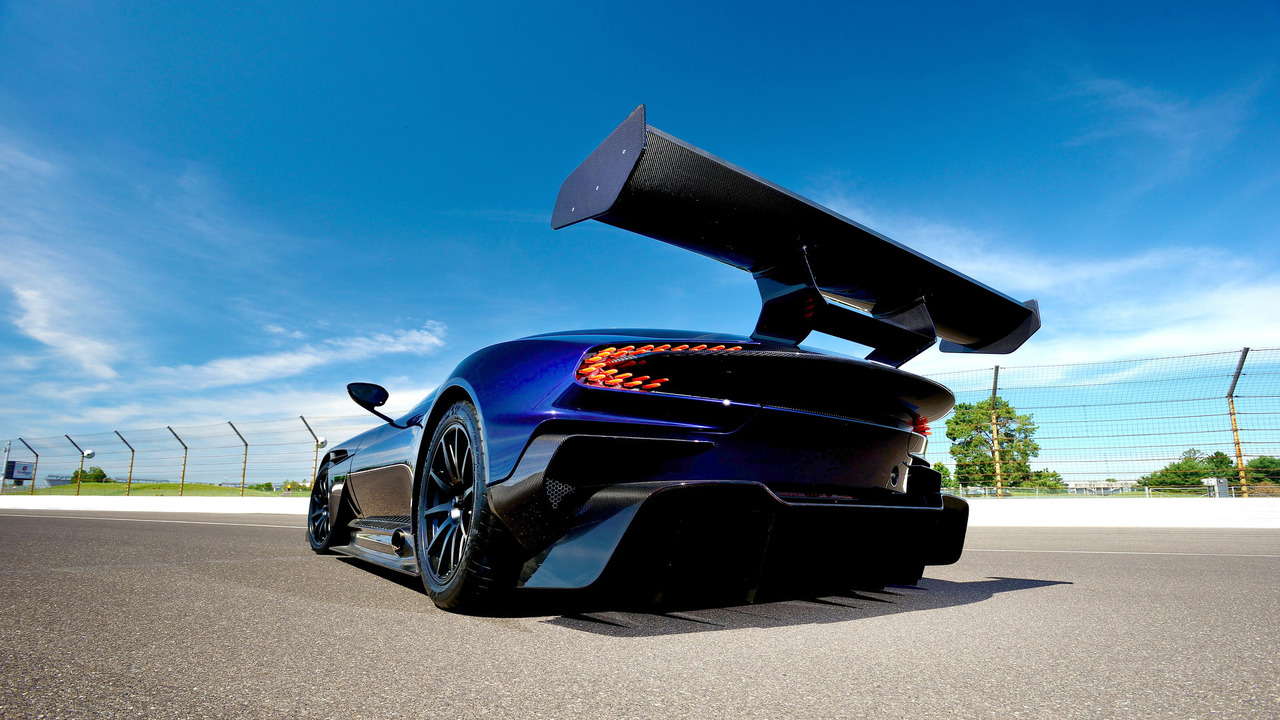 RML Group has modified the track-only car to run on the road.

It was sold as a track-only Aston Martin racing car, but the RML Group in the UK has adapted one buyer’s Aston Martin Vulcan to become the world’s first street-legal example of the car.

The video at the bottom of the page shows off some of the interesting features of the new car – the so-called ‘Wingdicators’ at the rear (the indicators are integrated into the car's massive rear wing) are sure to be a talking point among many on the ultra-exclusive machine. Other elements of the original Vulcan remain, including the distinctive lolly-stick rear lights and massive aero features.

There are new seats inside the Vulcan, and the cabin has been given a light makeover to add a little comfort to what was a relentlessly functional and spartan carbonfibre racing car interior. Among a host of other changes that RML has made to the car to make it road legal, the engineering firm has added in a trick suspension that raises the car by 30mm to give it clearance for nuisance road furniture such as speed bumps.

Paul Woodman from YouTube channel Lovecars filmed a quick update on Facebook Live before driving the car, giving us a brief insight into some of the features on the newly christened road machine.

The engine has been left unchanged – the 7-litre V12 is based on the engine used in the British manufacturer’s previous-generation GT3 Vantage racing car (soon to be replaced by the latest car that was recently unveiled). It has three power settings, the most extreme of which produces a heady 820bhp.

The Vulcan cost around £1.8m to buy from Aston Martin – it was revealed at the 2015 Geneva motor show, but wasn’t finally made available to customers until earlier in 2017. The company offered to look after the 24 examples of the car for owners, shipping them to circuits around the world for exclusive track days. Clearly the owner of this particular example has taken advantage of the opportunity to look after the Vulcan yourself.

RML Group is a well-respected engineering and racing team run by former racing driver Ray Mallock. It has won titles in the British and World Touring Car Championships and entered Le Mans a number of times. It even considered lodging an entry to field an F1 team in 2010 when the FIA was considering new bids – the recent fates of the Hispania, Lotus and Manor racing teams has shown that RML is much better off bringing masterpieces like the Vulcan to the world.