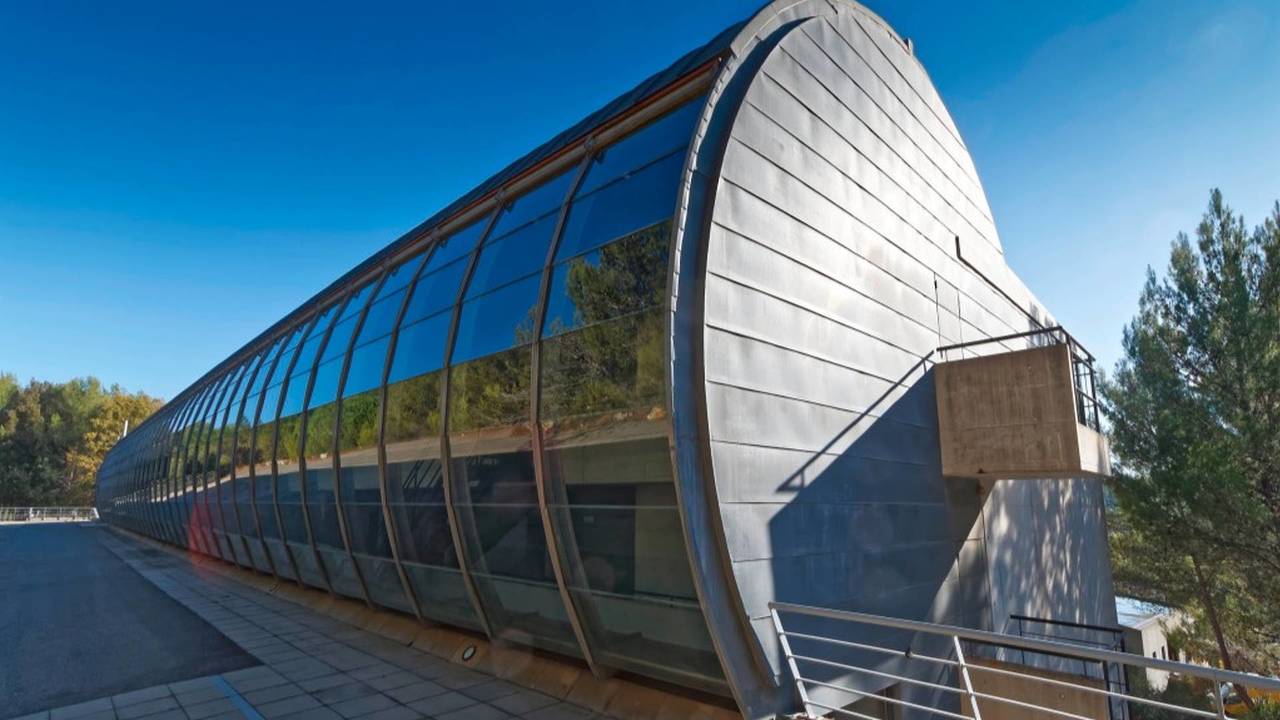 The design centre will focus on interiors and is based in the south of France.

Mercedes is planning to ring in the New Year by opening a new design studio on the Côte d'Azur in the south of France. Around 50 of the company’s designers will be housed at the impressive modern building that is situated in an area that has been nicknamed ‘France’s Silicon Valley’.

The Sophia Antipolis Science and Technology Park, near Antibes, already has more than 2,000 companies based there, including Hewlett Packard, SAP and Huawei.

‘At our new location, we will act like seismographs, tracking the trends and requirements between the digital and analogue worlds and integrating them in our automobiles in an interconnected way,’ said Daimler's chief designer Gorden Wagener. ‘The new centre will be a perfect enabler of interdisciplinary cooperation between all design disciplines and will be unique in the sector.’

That's designer-speak for 'it'll have broadband for emailing other teams, and we'll draw pictures of stuff'. Both external and interior design will be handled at the new location, as well as user experience and user interface design.

The Côte d'Azur location joins a collection of well-placed Mercedes design studios in somewhat remote locations. Mercedes also has design studios on the shores of Lake Como in Italy, Beijing in China and two in California. It's a tough life designing cars, it seems.

Despite being a German company, the French office is a nod to the company’s rich history. Emil 'Monsieur Mercedes' Jellinek used to race Daimler-built cars around the French Riviera in the early 20th century. The German-born racer and entrepreneur later commissioned his own sports car from Daimler, which was called ‘the Mercedes’. The rest is history – or in the new design studio’s case, the future.