Mercedes A-Class spotted with larger wheel arches – could be GLA 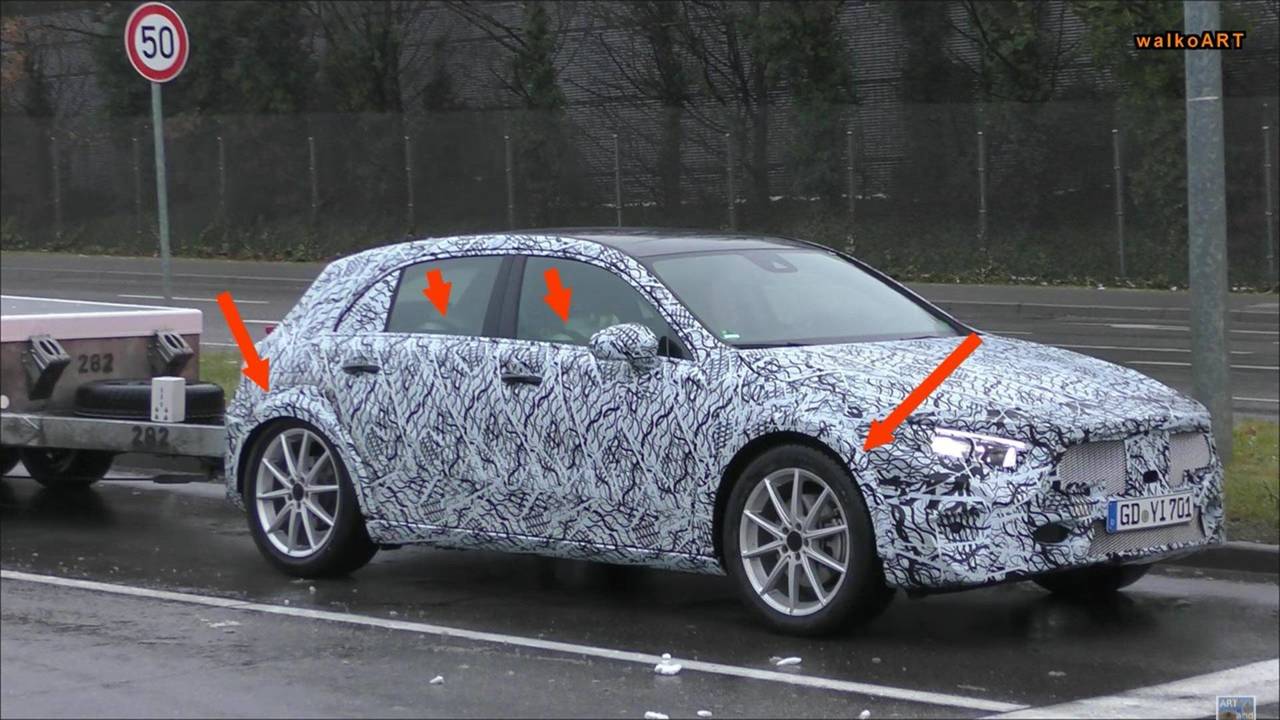 Why would Mercedes fit a test mule with wider fenders and have it hauling a trailer?

Mercedes-Benz has impending updates for its entire small car range, including additions like the A-Class saloon and possibly even a GLB-Class small SUV. All of these models share versions of Mercedes' new Modular Front-Wheel-Drive Architecture 2 platform – or MFA2 for short – so the company can be somewhat sneaky by developing one vehicle under the guise of another.

Case in point – this video catches what's likely the next-generation GLA-Class under a lightly modified version of the future A-Class.

The bumper extensions at the front and rear are the big giveaway that this isn't a run-of-the-mill A-Class test mule. Plus, Mercedes probably wouldn't have much reason to test its five-door hatchback's ability to tow a trailer. As further evidence that this is for GLA-Class development, the company has already been caught using a disguised A-Class to evaluate the new SUV in the recent past.

Spy shots have already caught Mercedes testing the next-generation GLA in a more production-ready form (above), though still heavily camouflaged. It retains the general aesthetic of being a stylish small SUV, but a sleeker roof gives the car an even more aerodynamic look. As an alternative, the new GLB-Class is set to be a more utilitarian compact SUV and will possibly borrow some of the styling cues from its much bigger G-Class stablemate, due to be officially revealed in January.

Mercedes will reportedly have eight models on the MFA2 platform, and the first of them will arrive in 2018. Inside, they'll have the new Mercedes-Benz User Experience infotainment tech that the German car maker plans to unveil at the upcoming Consumer Electronics Show in Las Vegas.

Like the rest of the company's lineup, the compact models will also move to a two-tiered AMG lineup with a mild performance option and more extreme (also – more expensive) version.