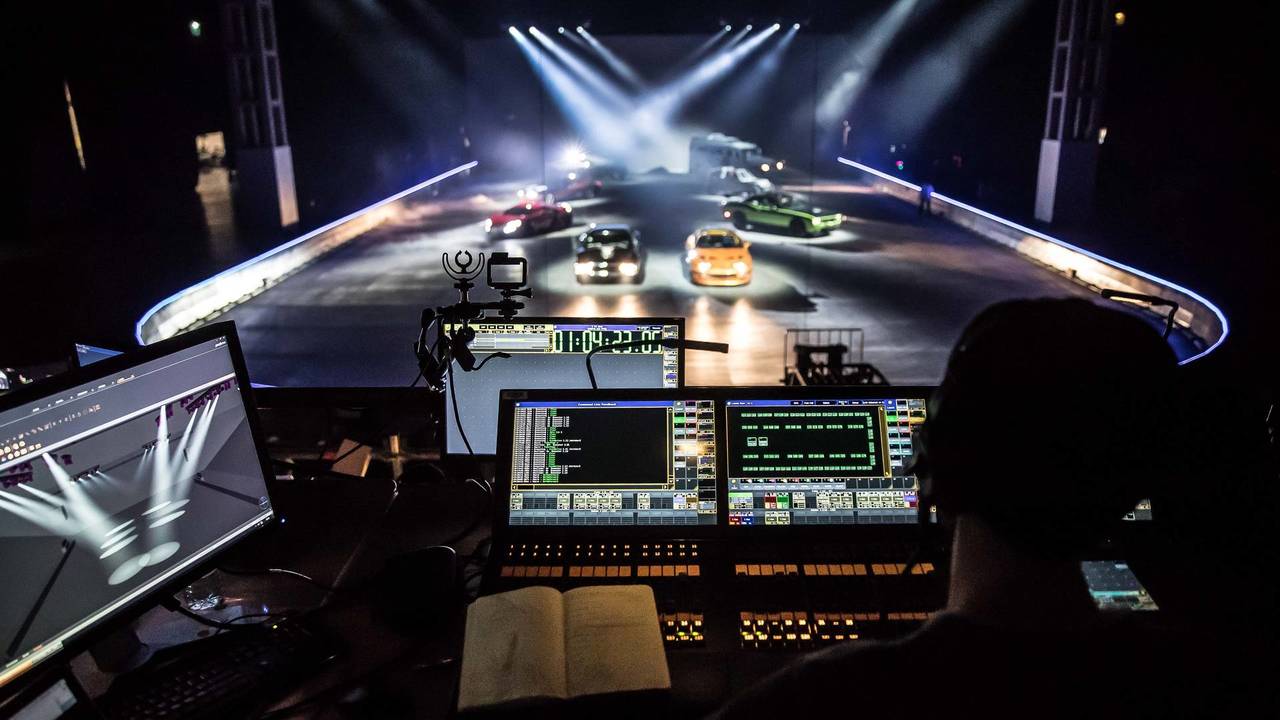 The multi-billion pound Fast & Furious film franchise is gearing up for its first ever live arena tour, which will begin next month at the O2 Arena.

After 15 weeks of training in Oakham in the East Midlands, Fast & Furious Live moved to the National Exhibition Centre in Birmingham for a month of full dress rehearsals, and at a recent tech run at the NEC, Motor1.com took a peek behind the curtain at this ground-breaking production to get a firsthand look at the cars and characters behind what has been dubbed the 'Cirque du Soleil, but for cars' by the show's creative director, Rowland French.

French was previously the man behind the Top Gear Live world tour – coming from the hit BBC show, he transformed the Sunday night staple into a unique production that started off as part of the MPH Performance Car Shows that took place in London and Birmingham, and transformed the affair into a hit arena show that visited 20 countries worldwide and played to more than two million people. On the face of it, Fast & Furious Live has a lot to live up to given its predecessor, but from what we've seen, it blows it away, making Top Gear Live look like a Mustang leaving your local Cars & Coffee.

Fast & Furious Live's lead driver and vehicle wizard Chris Burns sat down with Motor1.com to unravel the secrets of this monumental production.

The Fast & Furious Live driving team consists of 11 professional drivers, from a huge range of backgrounds. Headed by ex-Top Gear Live man Burns, the team was handpicked from more than 2,000 applicants, who had to go through an intense audition process that included an interview, a trip to a rally school, and then a more advanced driving audition in the wide open halls of the NEC.

'The selection process was a tricky one,' recalled Burns. 'What we do is a different type of kung fu. There's lots of styles of driving, but this is different – it comes with its own challenges.'

A wide range of drivers were selected for the show, with the team featuring professional racers Chris Knox and Jessica Hawkins; competition drifters Anthony Scott, Buttsy Butler, Jodie Rashburn, Jonathon Irwin and Michelle Westby, and stunt drivers Chris Morena, Nathan Gerhold, and Sébastien Fouassier alongside Burns. While they may have been put together in an 'X Factor boyband' kind of way, Burns said that the team bonded instantly.

'This is a stressful environment. There's 116 in the crew standing here today and when we were picking the driving team we purposely decided we wanted people of all different nationalities, of different backgrounds, different personalities, and we felt that was integral to get the right mix,' he said. 'I can honestly tell you now we could not have picked a better bunch. The awkwardness would have been if we had all these pieces to make up the jigsaw puzzle and the pieces didn't fit. As it happens, everybody fits perfectly.'

'As corny as it sounds, we've became a family,' he added. 'The energy that these guys have brought to work every morning is what's kept us going.'

The show features 42 functional vehicles in all, ranging from a snowmobile to a full-size tank, and a smattering of muscle car and JDM beauties in-between. Some of the cars featured were actually used in the Fast & Furious motion pictures – there's DK's Nissan 350Z from Tokyo Drift; Letty's Challenger from Furious 7; one of only two ramp cars that survived the filming of Fast & Furious 6; plus there's a couple of cars from the latest film, the Fate of the Furious – Roman's Lamborghini, and the 'Ice Charger'. Fast & Furious Live's Ice Charger was the exact car used for the climactic jump sequence in the film.

Besides retired movie props, there is also a whole host of replica cars, each of which was recreated with painstaking accuracy. Burns, who as well as heading up the driving team, was also in charge of vehicle procurement for the entire production, said that the show's faithful recreation of Brian O'Connor's Toyota Supra required an extreme eye for detail.

'We started out with a plain Supra. We set out to recreate that and even the paint on that car, I waited two weeks to get exactly the right paint codes. Normally people just paint it a Lamborghini orange but it actually has a different Lamborghini colour underneath it to make it pop so it really changes in different lights,' he revealed. 'Dennis McCarthy from Vehicle Effects in LA, who builds all the cars for the movies, tells me that's one of the very few cars that are absolutely accurate paint-wise.'

'We built that car ourselves. Some of the cars were outsourced, but we decided to keep that one in-house and build it ourselves which was great because it was a great amalgamation of everything and we did it at the office and it gave everyone in the office a bit of motivation because every time the guys were coming down and making a noise it was like "wow check out the Supra!"'

The technology behind the entire show is something to behold. Not just with the cars, but the set and beyond. The cars themselves though are special, not just at face value, but under the skin too. With the tour slated to last at least five years, each car — and yes, there is only one of each — was meticulously redesigned underneath to make them easy to maintain and operate on the road.

'We have one of every car but we also have contingencies,' Burns said. 'All the vehicles have been designed in a way to make them easy to maintain, to make parts easy to swap out. We have a fantastic team of technicians headed by Andrew Jackson who has many years of experience on a production like this — nothing on this scale because there's nothing of this scale — but he's done some previous car theatre, and he knows how to make things happen very quickly'.

As well as performance modifications, standard safety features and trackers for lighting and projection systems, many of the cars in the show are fitted with pyrotechnics and flame effects. None of these features are factory-fit options, mind – we recently went to a Honda dealer and tried to buy a Civic fitted with machine guns to check. We were asked to leave.

Four of the cars in the show are wrapped in an unassuming white plastic. When off-stage, the Skyline GT-R R34, Mazda RX-7, Toyota Supra, and Honda S2000 look like nothing more than, well...white sports cars, but it's what's under the white skin that is really impressive. Each car is wrapped in, for all intents and purposes, an LED television screen. Each car is covered in hundred of metres of copper strip and LEDs, transforming what was once a fleet of impressive street racers into incredibly beautiful works of art. The product of London-based LED entertainment firm Feeding the Fish, the JDM masterpieces form the centrepiece of a Miami street race sequence that has to be seen to be believed.

But it's not the special effects that are the most interesting elements of these high-performance workhorses, but rather the tyres. Developed specifically for the show by Nankang, each vehicle in the show runs on tyres that have black walls like the tyres on your car at home (unless you still live in the 1950s), but the tread itself is actually a lighter grey. The surface, which even degrades into a fine dust as opposed to marbles you'd see at a race track, leaves minimal marks on the 50m by 26m arena floor — a floor that was also designed just for the show and was the result of many different tests.

The floor has to be kept clear in order for high-tech 3D projections to appear on it, catapulting the audience right into the action and putting them right into the heart of some of the film franchise's most revered locations. The action in each of the show's 18 sequences starts on a giant screen spanning the width of the arena, before seamlessly transitioning to the floor where digital projections and lighting effects join real cars, actors and pyrotechnics in a perfect marriage of high-octane entertainment.