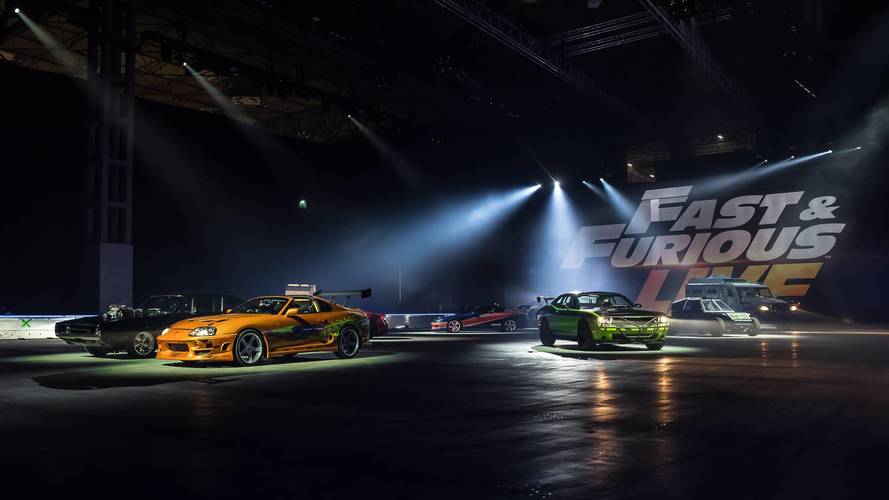 The incredible arena production kicks off next month.

The Fast & Furious films have been a part of our lives for, believe it or not, almost 20 years. In that time the likeable characters, iconic cars and a questionable depiction of physics have taken us all over the world on countless high-octane adventures, but the franchise's latest escapade might just be its best yet.

After eight films that have made almost £4bn at the box office since the release of the original, The Fast and The Furious, back in 2001, the series is hitting the road for a groundbreaking live arena tour.

Debuting at the O2 Arena on 19 January, the show will take in 23 arenas in 14 European countries in its first year, before carrying on across the rest of the world in a non-stop five-year tour.

The show is the brainchild of Rowland French, a former Top Gear producer who took the TV show and turned it into a highly-successful live show that toured the world between 2008 and 2015.

'I'm a huge fan of Fast & Furious – making a live show just felt like the most incredible opportunity.'

Development for the show has taken almost five years, and features a new story with all-new characters, incorporating 18 famous sequences taken directly or inspired from those in each of the eight films. The lead characters in the show are street racer Sophia Diaz, played by Elysia Wren, and DSS Agent Dawson, played by Mark Ebulé — both joining forces to hunt down Cain, a remnant of Cipher’s crew from Fate of the Furious.

Diaz and Dawson take the audience on a globetrotting adventure that is made possible thanks to high-tech 3D mapping, which transforms the entire arena into any location imaginable – from the streets of Miami to the ice lakes of Russia – by projecting ultra-realistic sets and images onto the show's custom-built backdrop and arena floor.