Rare Audi R8 LMX seen in action at the Nürburgring 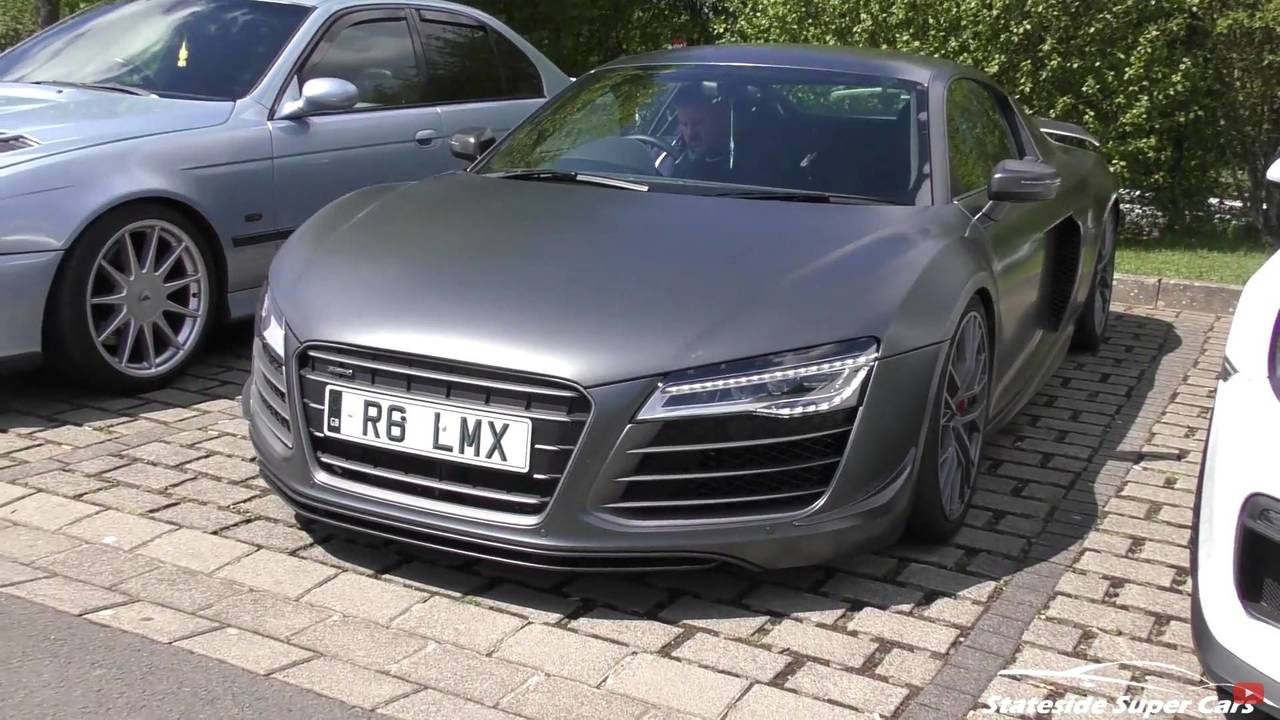 It was the first production vehicle to feature laser headlights. Almost.

Launched in May 2014, the R8 LMX served as a last hurrah for the first generation of Audi’s supercar and was special for a number of reasons. First and foremost, its naturally aspirated 5.2-litre V10 was dialed to a meaty 562bhp and 398lb ft of torque, which not only made it more powerful than the Plus version of the R8 that was on sale at the time, but also stronger than the hardcore GT version.

The R8 LMX was unveiled as the world’s first production car with laser high beams, but BMW ultimately managed to beat its German rival to the punch by being the first to actually deliver a car fitted with this tech. It happened in June 2014, a month after the R8 LMX's debut, when the Bavarian company handed over an i8 plug-in hybrid sports car equipped with laser headlights.

Available exclusively as a coupe, the Audi R8 LMX is a rare sight taking into account the fact that production was limited to a mere 99 units. When it was available for purchase, the V10 supercar had an exorbitant price tag of £160,025 (nearly £169,000 in today's money) and was easily the company’s most expensive car.

For the sake of comparison, the current-generation R8 in the range-topping Plus specification and recently launched Spyder body style is still slightly cheaper, with prices starting at £147,135.

This particular R8 LMX is a right-hand-drive UK-registered example with an R6 LMX number plate and a cheekily placed screw.

Audi launched the first-gen R8’s swansong with an exclusive Ara Blue paint, but this one has a more subdued grey paint combined with the standard black sideblades. The owner hasn’t fiddled with the wheels, either, as these are the standard 19-inch alloys that came with the car, combined with carbon ceramic brakes paired with red brake calipers.

It’s nice to see such a rare high-end car being used properly, especially since we’re dealing with a dying breed – the naturally aspirated 5.2-litre FSI is going the way of the dinosaurs in today's automotive industry of downsized turbocharged engines.