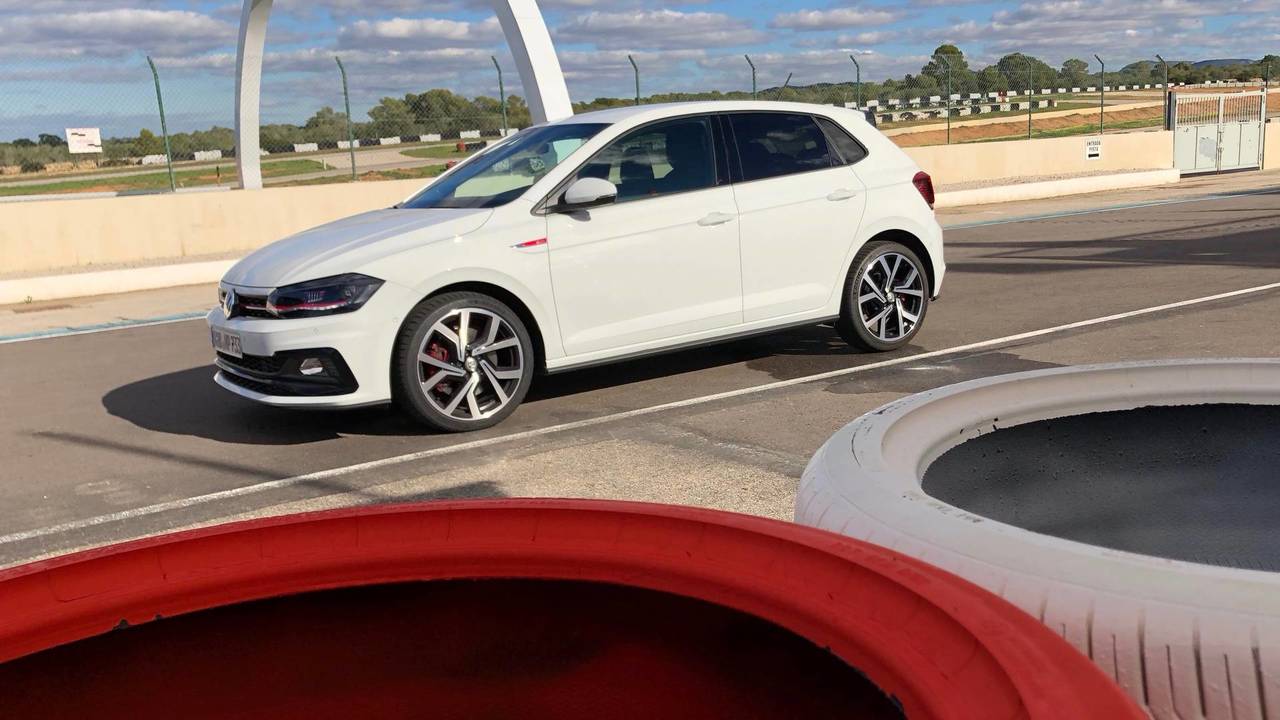 The new Volkswagen Polo GTI is more like its bigger brother than ever, in fact it uses a detuned variant of the Golf’s 2-litre engine. We were shown exactly what this pocket rocket could do by Benny Leuchter, a previous Nürburgring record holder.

Benny isn’t just any Volkswagen test driver, he was the chap who flung a Golf GTI Clubsport S around the Nürburgring faster than any other front-wheel-drive car before it. The Honda Civic Type R might wear that crown now, but he’s still pretty handy behind the wheel.

At the Polo GTI’s launch we had access to a small 1.7-mile circuit full of technical elements and tightening bends. After we had our fun, Benny jumped in and showed us what the latest car to wear the GTI badge is really capable of.

You can see how stable this Polo is, even when being driven on its doorhandles, with relatively little body roll thanks to its optional adaptive dampers. Benny describes the track as being 'a little bit bigger than a karting track' and so it’s the ideal place to find out how agile this hot hatch really is.

If it sounds like Benny knows what he’s talking about in the video, that’s because he races when not developing road cars on the Nurburgring. He got his start in Formula BMW alongside Sebastian Vettel and progressed into German Formula 3. Switching to touring cars in 2007, he now competes in TCR.

This Polo GTI is the most potent yet with 197bhp making it capable of 0-62mph in a Ford Fiesta ST-matching 6.7 seconds when equipped with an automatic gearbox. A manual will be available at a later date, but both transmissions will do 147mph.

The Polo GTI faces tough competition, but this is Volkswagen’s best effort yet.