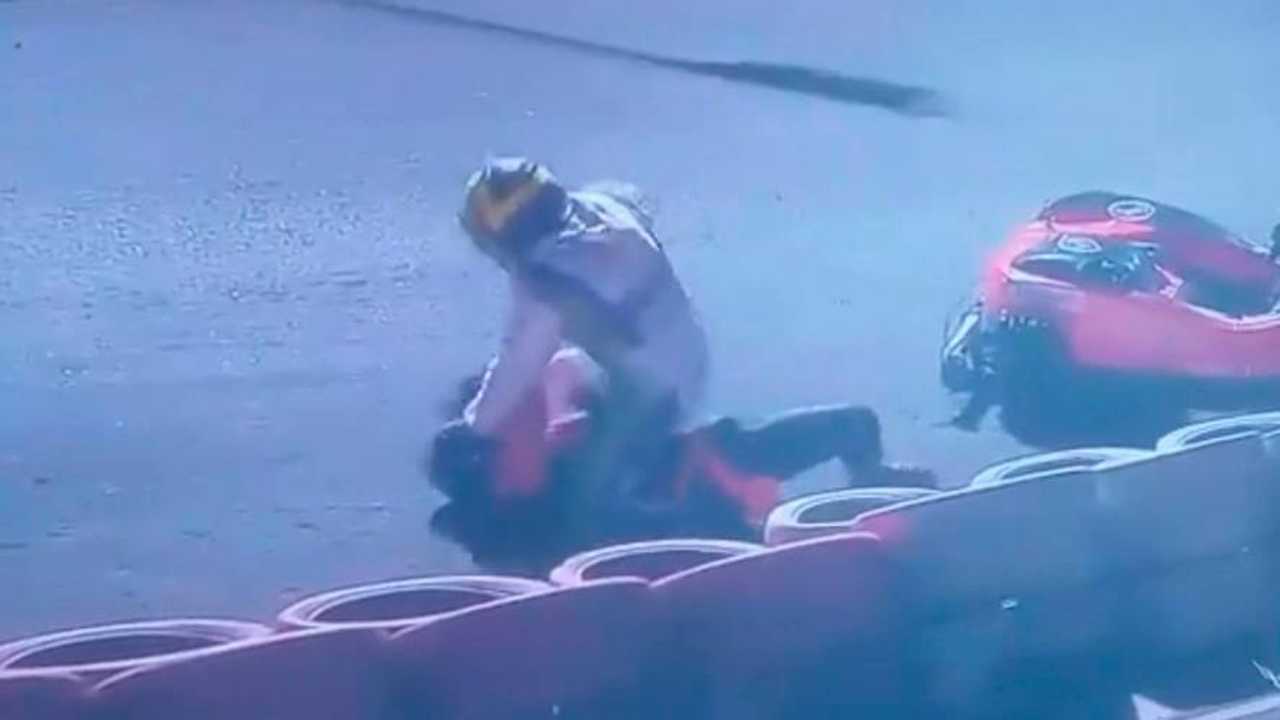 Ex-Formula 1 driver Felipe Massa has apologised after one of his teammates appeared to attempt to strangle one of his rivals after they had crashed out of the 500 Milhas de Kart event.

Rodrigo Dantas, who was driving a second kart for Massa’s team, was holding up former World Series by Nissan and A1 Grand Prix racer Tuka Rocha – who was in second and trying to catch leader Massa.

After repeated contact between them, Rocha punted Dantas off the track, with both karts coming to rest in the tyre wall. The pair got out of their karts and squared up physically.

Dantas then pinned Rocha to the ground while repeatedly punching his helmet, after which he appeared to attempt to strangle him.

Security guards had to end the fight, which resulted in disqualification of all of the karts of the two teams’ – MDG Matrix and Sambaiba Centerbus Racing.

There had previously been a running battle between the teams throughout the race, which lasted just under 12 hours, and Massa said this was the catalyst for what transpired. 'From what I saw, the whole team should be disqualified,' he said of the previous encounters between them. 'But that did not happen, and what happened next was a war inside the track.

'For me, this is very sad and sadder still to see my team within that. It was not my decision – I was driving the [leading] kart. But I apologise to everyone for what happened today, because I have never seen anything like it in my career. The competition is inside the track, but never in this way.'

Event organiser Felipe Giaffone said after the race: 'We will take appropriate steps to banish the culprits from these unfortunate scenes.' Former F1 driver Rubens Barrichello’s Hero #71 team was the winner of the event. The team had been two laps behind the duel for the lead and inherited the first place.