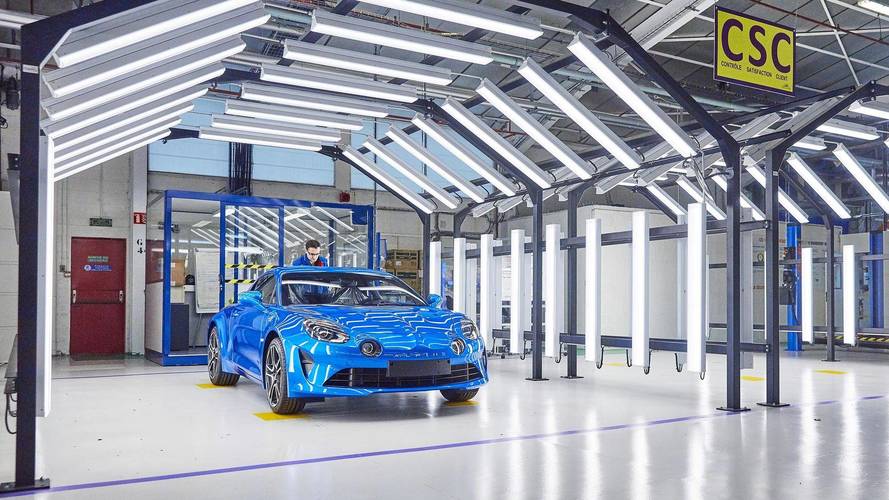 The company's Dieppe HQ has been modernised.

The production line for the new Alpine A110 sports car has been inaugurated at Groupe Renault’s Alpine factory in Dieppe by Renault CEO Carlos Ghosn and France’s minister for economy and finance Bruno Le Maire.

The car, which will arrive in showrooms next year, brings a revival of the Alpine nameplate to road cars for the first time since the 1990s.

'The revival of Alpine production in Dieppe, where the original Berlinette was made almost 50 years ago, presented us with a challenge, but we rose to it together, with backing from the state, the region, the local urban district, Groupe Renault and the Alliance,' said CEO Carlos Ghosn. 'Investment totalled more than £31m, 151 people have been recruited and the factory has been refurbished. The excellence and French-style elegance that the brand stands for are more than just claims – today, in Dieppe they are an industrial reality.'

Work on the plant to ready it for the sports car took two years to complete, and cost more than £30million. The work included the modernisation of the assembly line itself, making it capable of assembling the all-aluminium A110. A new paint shop, complete with new sanding and cleaning robots, was also installed.

As a result, the workforce in Dieppe has increased by 60 percent thanks to the recruitment of 151 new staff. All 392 members of staff at the plant have received 140 hours of specific training ahead of production beginning.

Dieppe has been Alpine's home since 1969 when the current factory was built by Jean Rédélé. It has long been the site where small, sporty cars have been built for Groupe Renault, and following the recent upgrades, Alpine now says it's 'perfectly qualified to produce premium vehicles'.