Nissan has developed a mini car wash to test its paint 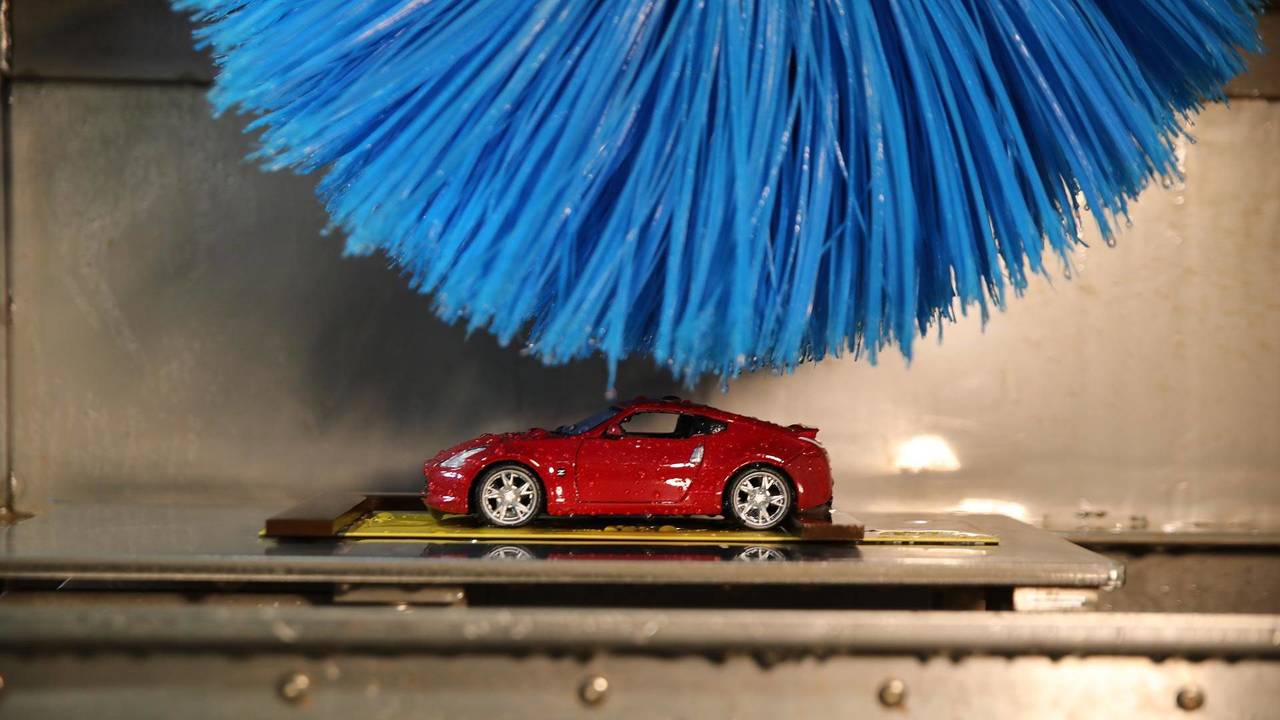 Nissan has developed a miniature car wash to test newly developed paints. The machine, which has been described by Nissan as being 'about the size and shape of a popcorn machine', is based at Nissan's North American Technical Centre in Michigan.

It uses a spinning brush that has 'vibrant blue bristles', much like a real-life car automated car wash, to allow engineers to test paint samples in tough real world environments, such as those faced in automated car washes, but on a much smaller and cheaper scale.

The machine spins the brushes at 180rpm, causing the bristles to work harshly against the paint on the sample. The bristles spin while jets spray not only water, but 'Arizona dirt' to replicate the rigours of the real world. The tests are carried out multiple times on each sample to really put them through the mill and see whether the paint treatments will work.

The tests allow Nissan engineers to thoroughly test the paint that ends up on customers' cars, making sure that their Micras, GT-Rs, Leafs, or otherwise are painted in a hue that will survive even the most harsh of conditions.

In the video below, a red 1:16 scale model of a Nissan 370Z has been used by the company to show the machine at work – while entertaining, and providing a perfectly sized car for this miniaturised machine, in actual testing, Nissan uses rectangular plates on to which the paint is applied for testing.

As you can see from the video, engineers can test each sample in a controlled environment and then introduce extra elements such as dirt and grit that will how each paint performs in simulated real-world conditions. A fascinating insight into what it takes to get every car on the road.