Hamilton hopes Alonso will be a title contender in 2018 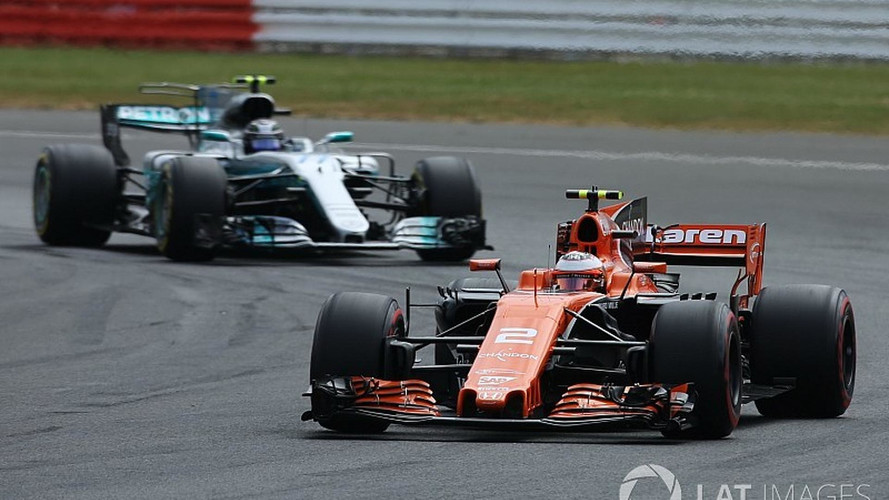 F1's 2017 champion Lewis Hamilton hopes that his former team McLaren and star driver Fernando Alonso are in the title hunt in 2018 following the team's switch from Honda to Renault engines for next year.

Hamilton's junior career was supported by McLaren, and he drove for it in F1 from 2007-2012 before leaving for Mercedes.

Though Alonso and Hamilton's time as McLaren teammates in 2007 was famously tempestuous, their relationship has improved. The pair battled for ninth at the end of this year's Mexican Grand Prix as Hamilton recovered from first-lap damage, and the 2017 world champion wants more of that next season.

'I had a great battle with Fernando earlier this year, towards the end of this season,' said Hamilton. 'I'd love to have more battles with him on a much more level playing ground. They've had such a difficult time. Given that I grew up with McLaren from 13, I go through qualifying and I always look to see where Fernando is, I always look to see where they are and am watching their progress.

'There's just a natural place in my heart for them, because I achieved a huge amount with them. I really, really hope next year is a successful year for them, I really hope we are battling with them because McLaren deserve to be at the front. I hope with this new power unit they're there with us. I hope we have another incredible world champion up there with us fighting for the world championship.'

Alonso has not won a race since the 2013 Spanish GP with Ferrari, and scored just three top-five finishes during the past three seasons with McLaren-Honda. Though McLaren is now led by Zak Brown following major management changes ahead of the 2017 season, Hamilton said he will always associate the team with former boss Ron Dennis. 'It's a fantastic team with incredible history,' said Hamilton. 'I'm incredibly proud of what Ron did with that team. It doesn't matter who takes over, for me it's always Ron's team.'