But Tesla won’t be making it...

Dutch coachbuilder RemetzCar has announced that it will launch a new Tesla Model S-based estate car in the first week of March 2018.

Dubbed the Shooting Brake, the car was commissioned by a Dutch collector and designed by the owner of a London-based design firm. Just 20 examples will be built, and no prices have been mentioned, but in a bid to open up the coachbuilding market, RemetzCar claims that the newcomer has been created with ‘limited conversion costs’.

However, the designer, Niels van Roij, admits that design is key to the vehicle’s success, and says the company has tried to add character to the Model S base car while maintaining the Tesla’s aesthetic.

‘Design is the most important reason for purchase globally – regardless of the purchase price, gender or age of the buyer,’ he said. ‘Based on extensive design research, we developed the brand DNA for the Shooting Brake. The conversion merges seamlessly with the Tesla base vehicle, while clearly communicating that this is a tailor-made shooting brake through form, design language and materials.’ 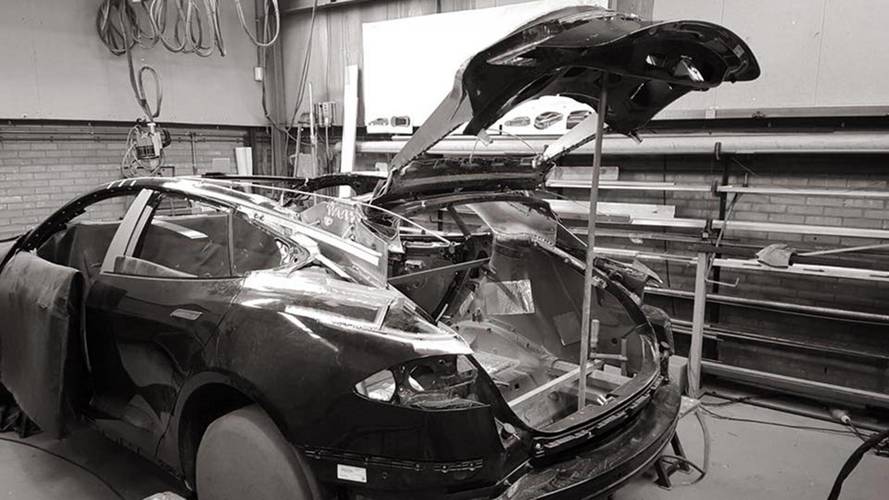 As a result, the Shooting Brake retains much of the Tesla’s DNA, with an identical front end and strikingly similar rear, with the stout shoulders of the Model S remaining in situ. The only major changes have been above the window line, where RemetzCar has added a rakish rear window and a large rear spoiler, as well as a chrome window surround that accentuates the extra length in the roofline.

The Dutch firm has said little about the Shooting Brake’s underpinnings, but the car’s all-electric powertrain is expected to be untouched. However, it is possible that the extra bulk of the estate body may blunt the car’s impressive performance figures and reduce its range slightly.