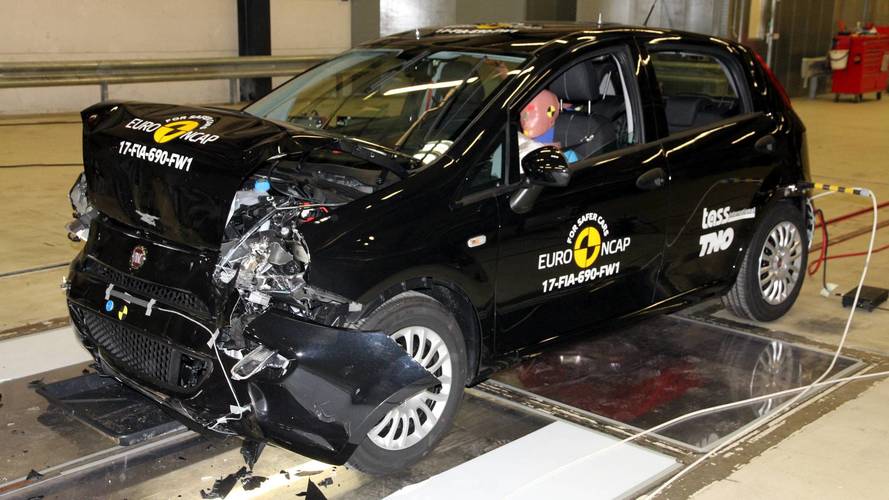 The Punto hasn't kept pace with the industry since it was introduced in 2005.

The Fiat Punto has become the first car ever to be awarded no stars in a Euro NCAP test.

The safety organisation has retested and updated the ratings on some recently refreshed models – the Toyota Yaris has retained its five-star rating, but the Toyota Aygo, Alfa Romeo Giulietta, Ford C-Max, Citroen DS 3 and Vauxhall Viva have all dropped to three stars.

Astonishingly, however, the Fiat Punto became the first car in Euro NCAP’s history to score no stars, because of its lack of standard safety equipment.

Euro NCAP secretary general, Michiel van Ratingen, said, ‘We have seen a lot of good cars in 2017, able to meet Euro NCAP’s 5-star requirements. Superminis like the new Polo, the Fiesta and the Ibiza now come with advanced safety technology as standard, offering the best in crash avoidance and crash protection.

‘The fact that older cars cannot compete illustrates the pace at which the vehicle industry is innovating safety and the willingness and ability of competitive manufacturers to meet the highest standards. Those who do not keep their cars up to the latest standards get left behind, as these results clearly show.’

Euro NCAP’s rating scheme requires cars to score a minimum number of points in all four areas of assessment to qualify for even one star. The Punto qualified for two stars in areas such as as adult and child occupant safety, as well as pedestrian protection, but scored nothing for driver assistance and crash avoidance. Euro NCAP says that the car only gets a seatbelt reminder system for the driver as standard, which meant that it scored no points here.

‘This is perhaps the strongest example of a manufacturer continuing to sell a product that is well past its best-before date, at the expense of the unsuspecting car buyer,’ continued van Ratingen.

Watch the video of the Punto being tested below.