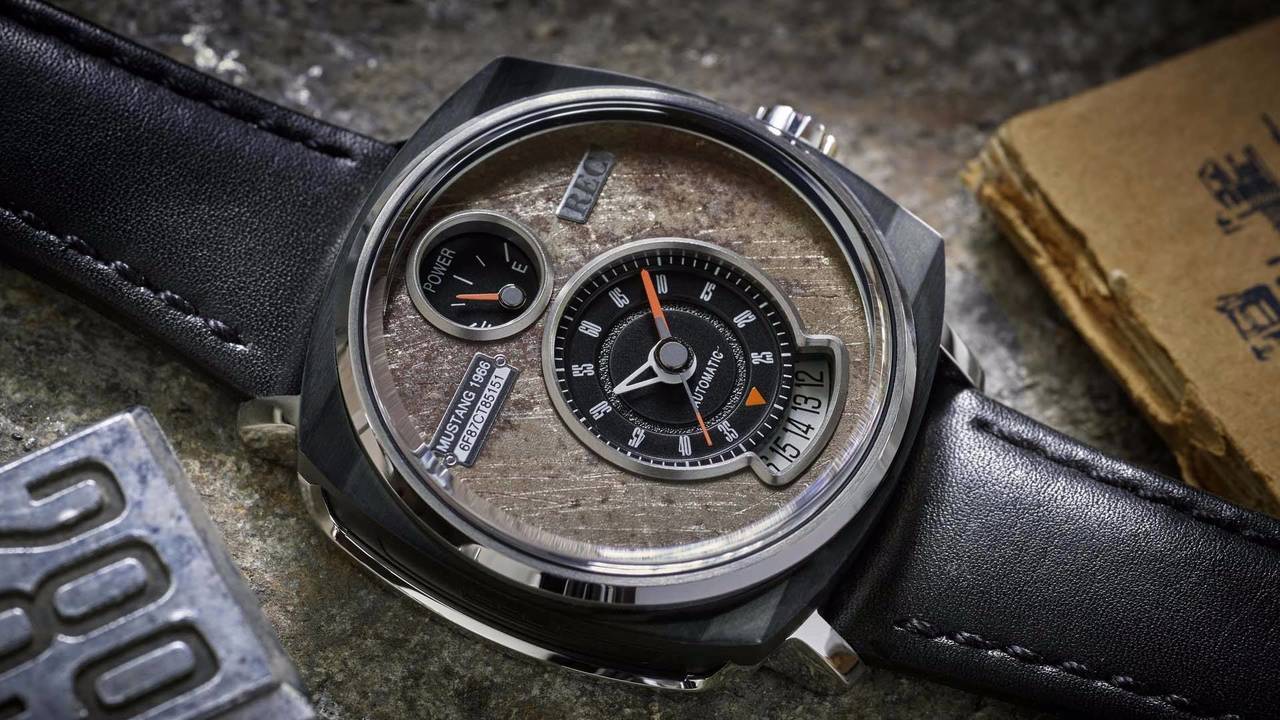 REC’s founders, Christian Mygh and Jonathan Kamstrup, scour the world’s scrapyards in search of parts, which are then turned into a collection of unique watches priced from around £1,125.

The company researches the history of each vehicle, finding images and speaking to previous owners and turn what they find into a bespoke video. The watch itself also wears the car’s vehicle identification number and year of production.

‘Most people would just see a pile of metal, a ghost of a Mustang. We see something completely different – the soul of a car and a story that needs to be told,’ said Mygh. ‘I’m not cutting up Mustangs. I’m bringing Mustangs that are beyond repair back to life as a watch.’

Other nods to the Mustang’s history include a power dial designed to look like a fuel gauge and hands inspired by the needles on the Ford’s dashboard. Even the numbers on the watches face are based on those found on the ‘Stang’s instruments.

A more subtle reference to the car’s history is the name of the watch collection. The P51 designation comes the official name of the WWII Mustang fighter plane that gave the Ford its name.

Mustangs aren’t the only cars to have received this treatment from REC Watches, though, with the company currently offering collections made with parts from original Minis and Porsche 911s. The company is currently asking the public to help choose its next project, offering a choice that includes the Triumph Bonneville motorcycle, Supermarine Spitfire fighter aircraft and the Willys Jeep.