Hotter version of the Alpine A110 on the cards? 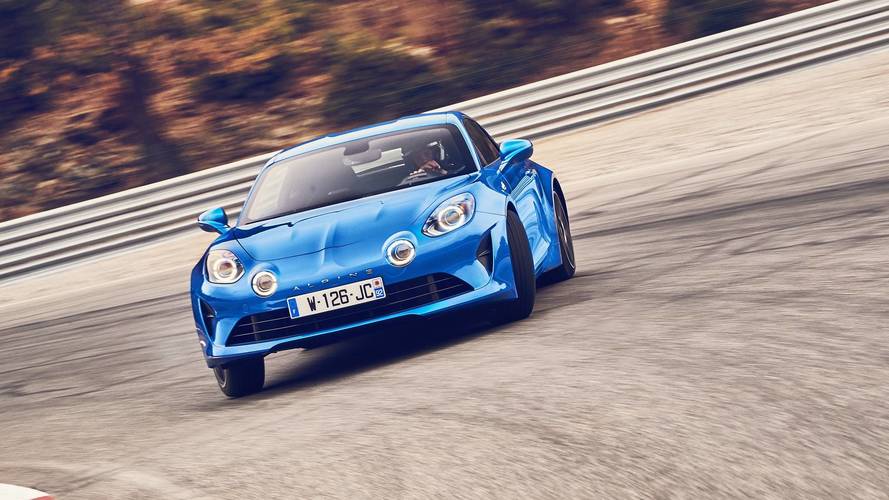 The resurrected French manufacturer is keen to prove that you can improve on perfection.

The covers have barely come off the resurrected Alpine A110 – which we've already driven just last week and really loved – but now a hotter variant of the French sports car is apparently on the cards, if reports from France are to be believed.

In its standard guise, the new A110 is no slouch – the car's 250bhp turbocharged 1.8-litre engine sends the power to the rear wheels, there's an impressively low weight of just 1,080kg, the 0-60 dash is dispatched in around four seconds, and there's a (limited) top speed of 155mph. By all accounts, it's the complete package, or it was, because clearly there's a little more work to be done.

Likely to be called the A110 Sport Chassis – and take a leaf out of the Renault hot hatches that have been turned up to 11 – the new Alpine variant is expected to be both lighter and more powerful than the standard model. A target weight of less than 1,050kg has been reported, and the power increase is likely to add around 50bhp.

The Alpine Sport Chassis will be the third variant of the new A110, after the standard model and Première Edition. The latter version of the new French car doesn't have any differences mechanically, but it does come with a whole host of standard features, including satellite navigation, climate control, cruise control, Alpine telematics and MySpin mobile phone connectivity. There's also a numbered plaque on the dash to remind you how special it is.

Alpine is also rumoured to be working on an SUV too. That, if we're honest, is disappointing to hear – but if pays the bills and means that the company continues to produce cars like the new A110 then it can keep them coming.