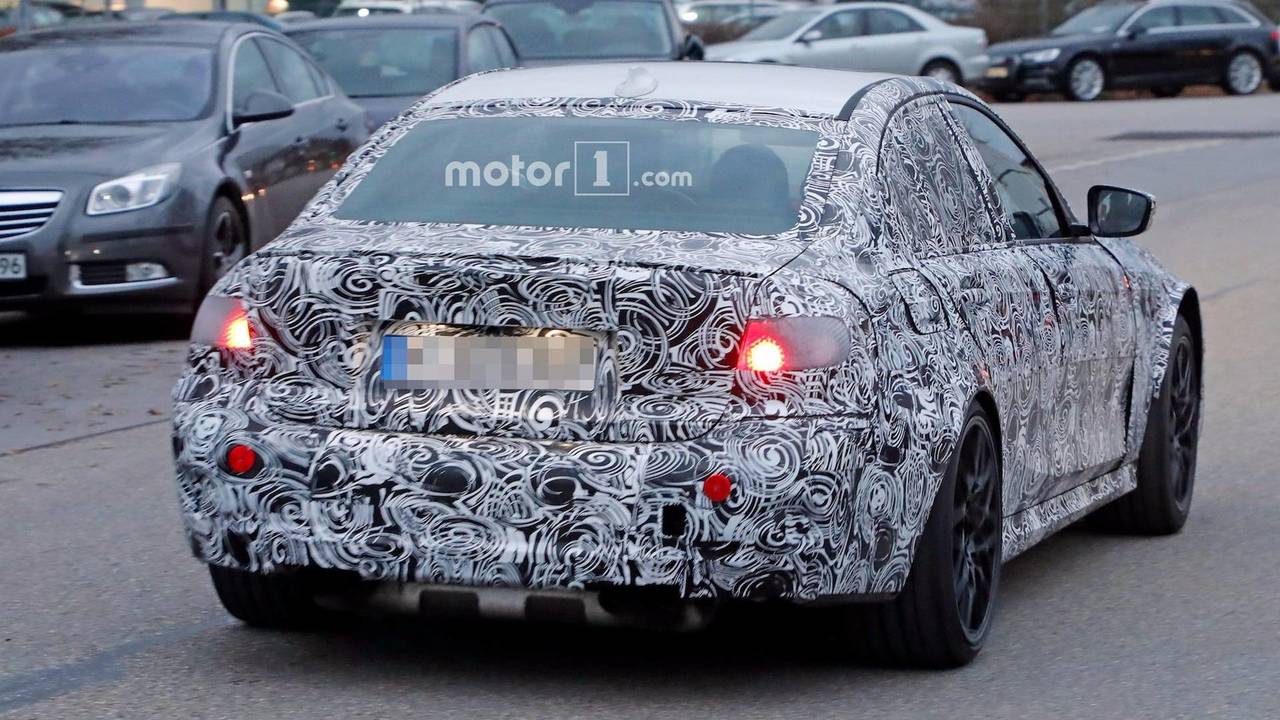 Expect the sporty saloon to show up sometime in 2019.

After weeks of rumours, we can finally say that a new version of the BMW M3 is on the way. The current-generation F80 has been on the market since 2014, and though it has undergone a nip here, a tuck there and been given a hardcore CS designation, the BMW will end production in October 2018. New spy photos show one of the first prototypes of the next-generation M3 spotted on public roads.

Admittedly, it’s hard to make out any distinguishing features from the limited rear angle, but there are a few features to take note of. The rear roofline is far less coupe-like than the outgoing model, a more vertical rear window angle separates the roofline from the boot. The front wings, meanwhile, are aggressively flared compared to the prototype car's predecessor.

The rear lights are different, too, but don’t expect the units pictured here to be the same ones you see on the production version. Most of the rest of the rear remains covered up by camouflage so as to not give away any secrets of the final design.

Rumour has it that the same 3-litre twin-turbo engine will remain under the bonnet, and producing here somewhere closer to 500bhp. The engine will come set up with a new 48V mild hybrid system that will enable a more aggressive start-stop function to meet stricter emissions standards.

Like the M5 before it, the M3 will reportedly come with an optional on-demand all-wheel-drive system. The new saloon should gain a few kilos over the outgoing model, but BMW promises that reworked aerodynamics and an improved design should help keep the weight gain to a minimum. The system is believed to be a toned-down version of the xDrive system found in the current M5.

Expect to see the new M3 sometime in 2019, likely at the next biennial Frankfurt motor show, before going on sale later that same year. The new M3 will be built on the modular CLAR platform, and will feature more aluminium and high-strength steel in its construction. Exciting times.