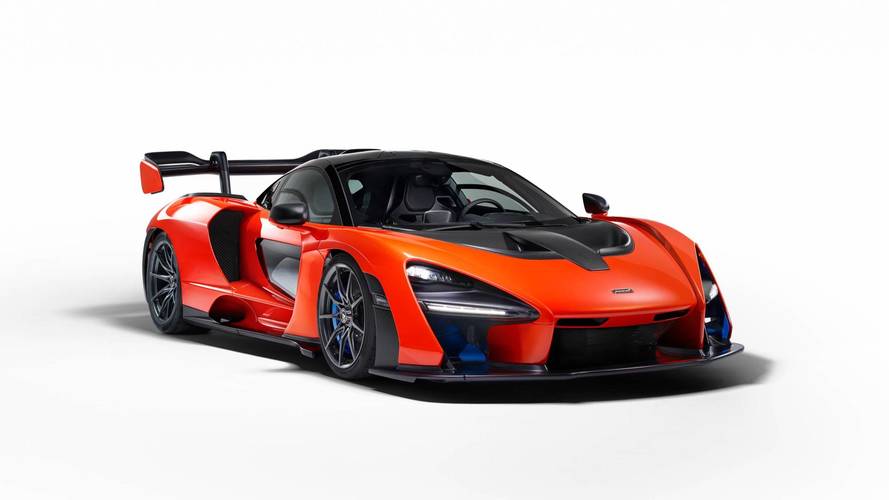 It's the most powerful road going McLaren we've ever seen.

McLaren has revealed its most powerful road-going car ever, the Senna. The British sports car maker says that its new car is its ultimate track car, legalised for the road, and that it chose the name of the legendary F1 driver to go on the car because it would be fitting.

The company has relentlessly pursued performance with the creation of this new car, and says that the car's 'brutal appearance epitomises the "form follows function" design philosophy embraced by McLaren', meaning that the new Senna is deliberately ugly because it's super quick.

Production has been limited to 500 cars that will be hand-built at the firm's Woking factory in the UK. Each one will cost £750,000, but they've already been sold to McLaren customers.

It's got a carbonfibre chassis and every body panel on the car is also made out of carbonfibre in order to cut down wherever possible on weight. McLaren says that it's the lightest car it has built since the F1, weighing in at 1,198kg. The Senna has race-derived suspension and uses extremely sophisticated active aerodynamics and carefully placed vents all around the body to ensure maximum downforce and effective cooling.

The massive rear wing deploys automatically depending on what the car is doing and it can also function as an airbrake during hard stops. There's also a huge double diffuser at the back of the Senna that literally sucks it to the ground to improve downforce and make for speedy cornering.

The interior is deliberately stripped clean, with just the bare minimum of things that McLaren could get away with putting inside – there's no room anywhere on the car for luggage, just a small space behind the two seats that will take two helmets and race suits. Want something comfortable for a weekend away? You'll have to look elsewhere.

The M840TR engine powering the car is the most powerful road car engine ever to go inside a McLaren – the 4-litre twin-turbo V8 produces a massive 789bhp and 590lb ft of torque. McLaren hasn't released any performance numbers yet for the car, but you can assume they will be fairly mind-blowing.

Power gets transferred from the engine to the road via a dual-clutch seven-speed transmission – which operates in automatic mode by default, although the driver can take control via carbonfibre paddles behind the wheel – and then through Pirelli P Zero Trofeo R tyres.

McLaren has released first pictures and initial details of the new car today, but the McLaren Senna will make its official debut at the Geneva motor show in March 2018.