What does a 285mph Koenigsegg run look like inside the cabin? 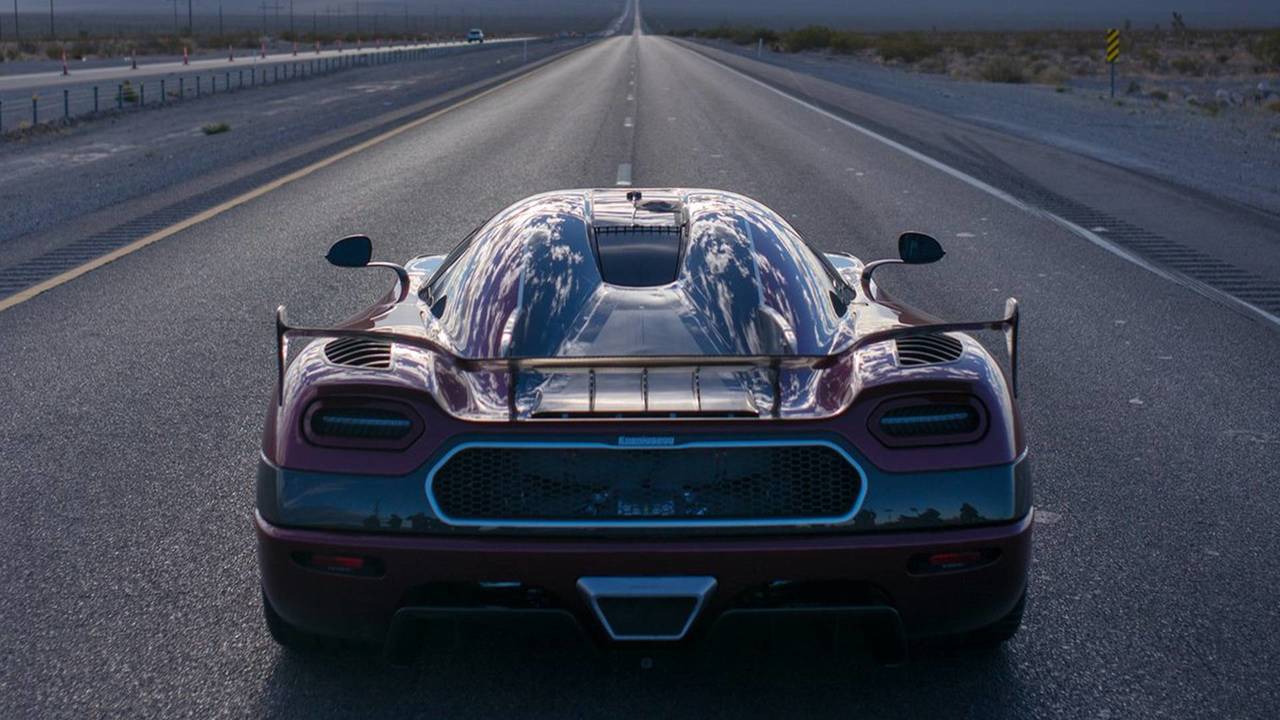 Be afraid, be very afraid.

We found out last month that Koenigsegg had captured the mantle of fastest production car in the world, but now the Danish hypercar manufacturer has released interior footage of the record run by its works driver Niklas Lilja in the Koenigsegg Agera RS in Pahrump, Nevada.

That's definitely a real place, not a joke name – in fact, it's a mere 40 miles south-west of Area 51, so there's no guarantee that the Agera RS wasn't packing some kind of surreptitiously obtained alien technology.

This onboard video from Koenigsegg shows interior footage from two angles during the highest-speed run of the day, when the Agera RS reached a colossal 284.55mph. The car broke five production car speed records on the Nevada roads, reaching a top average speed of 277.87mph measured over runs in both directions, because that's how these things are done.

The feat was achieved on a closed, arrow-straight, 11-mile stretch of Nevada highway in the hands of factory driver Niklas Lilja, driving one of the company's limited-edition Agera RS models powered by a 5-litre V8 producing 1,160bhp and 738lb ft of torque, allowing it to make the sprint from 0-62mph in less than three seconds.

Just last month, the car also found itself in the record books after Lilja drove from a standstill to 249mph and back to a full stop in just over 36 seconds – beating the Bugatti Chiron’s impressive 41.96-second time that had very recently been set by former F1 driver Juan-Pablo Montoya.

The Italians at Bugatti had been making quite a bit of noise about the record-breaking Montoya run at the Frankfurt motor show in September, so it must have been particularly galling to have been usurped so quickly. Will there be revenge from a future Chiron? Who knows, maybe it hasn't got anything left in the tank.