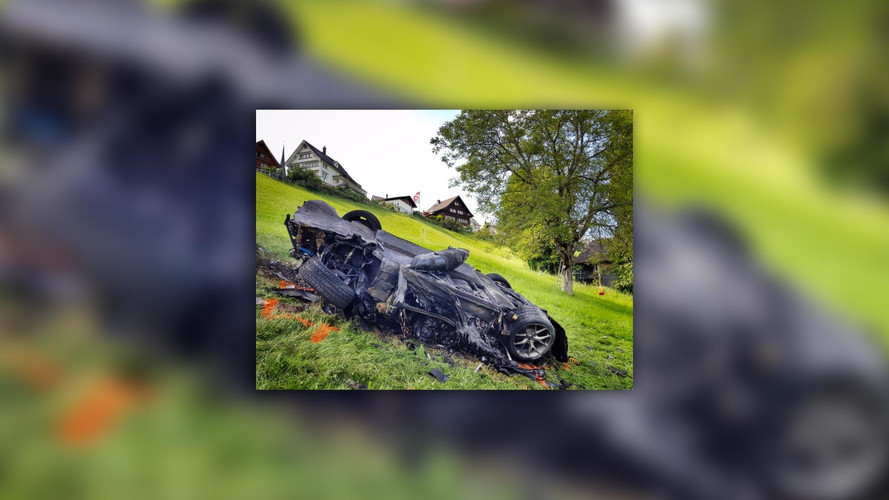 It was the second time 'The Hamster' cheated death. He's done it again since.

We've heard so much about it while the show has been off air, but now we're about to see it. Or at least see more of it than before.

That's right, when The Grand Tour returns to our screens tomorrow, footage of the Swiss hillclimb event where Richard Hammond cheated death after crashing an ultra-rare Rimac electric supercar will be shown.

The incident reportedly happened after the finish line of the opening round of the Swiss Hillclimb Championship earlier this year, and was part of an item which pitted the Lamborghini Aventador S, the new Honda NSX and the Rimac Concept_One up against each other.

The crash left Hammond in hospital with a broken knee, but as he said himself afterwards, he was 'not dead', despite the violent nature of the incident. It was one of a number of incidents during the filming of the second series of the Amazon Prime show, with host Jeremy Clarkson also being hospitalised with 'double pneumonia'.

While surviving footage of Hammond's crash will be shown, it is unknown just how much footage there is after the onboard cameras were reportedly destroyed in the fire that engulfed the electric Croatian supercar following the crash.

The episode will also include the debut of a new guest segment called Celebrity Face Off, that replaces the poorly recieved Celebrity Brain Crash of the first series. Starring will be Kaiser Chiefs frontman Ricky Wilson and actor David Hasselhoff.

A new resident racing driver could also be revealed after former-Nascar man Mike Skinner was released from his role as 'The American'.

More from The Grand Tour: